Rare Replay was one of the rare surprises to come from E3 this year. While not a new game in one of their iconic franchises, it lets us relive the good moments from Rare's history in gorgeous HD. Rare also hinted that we might see more added on in the future. 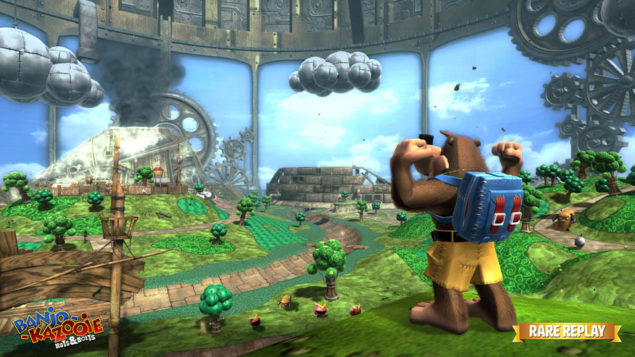 More titles could be added to Rare Replay in the future, adding even more value.

Rare implicated on their Twitch stream recently that it was actually quite hard to just pick 30 titles to include in their ubiquitous Rare Replay Collection. Of the  great classic and other games they have access to, they could certainly keep adding a few a year as an incentive for those that already bought. Now, of course, it would be hard to add in those games based on IP they don't have, but with the proper financial deal, we might even get a chance to see Goldeneye 64 remastered from the Xbox One. Just don't hold your breath for that, or take my word for it.

“There is a wealth of titles that we could dip into; a huge heritage beyond the 30 that we chose. But that’s what made choosing the 30 so hard in the first place. We had to put aside [our own personal] preferences. We hope we’ve done [that], but you never know, there could be space for more.”

Regardless, it's nice to know that they're thinking about us as the customers. That doesn't mean that they won't make it some sort of paid add-on, but at least they're forward thinking in bringing their games back into the spotlight.

Rare Replay was unveiled at Microsoft's E3 conference this year to a mostly positive reception, certainly with the retro crowd. Thirty games, listed below, will be revitalized to be playable on the Xbox One, complete with scan lines if you so choose. It's still set to be released on August 4th 2015.

What a Rare Replay, reliving those good memories.