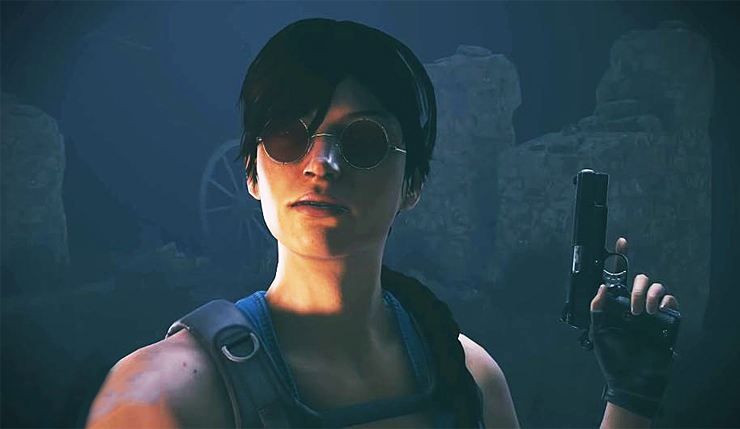 The Six Invitational 2020 took place this weekend, and Ubisoft used the occasion to announce a ton of new info about upcoming season, Operation Void Edge, and the future of Rainbow Six Siege in general. We got of glimpse of Year 5, Season 1 Operators Oryx and Iana last week, but now Ubisoft has a full chunk of gameplay showing off their abilities. Check it out, below.

As we’ve established, Oryx is essentially the Kool-Aid Man – he can dash right through soft walls, barricades, and even knock down other players. That sounds pretty overpowered, but Oryx does take damage going through the walls and can only store three dash charges at once (although they do recharge). Iana can create a controllable hologram which you can use to misdirect other players and certain defender gadgets, but watch out – a single bullet will destroy the hologram.

Of course, Year 5, Season 1 will also be coming with the usual assortment of Elite skins, including this new Lara-Croft-themed look for Ash.

Caveira is also getting a new Elite set.

In addition to all the stuff about the next season, Ubisoft also revealed this roadmap for Year 5. As you can see, Season 2 will still have two new Operators from Norway and South Africa, but starting with Season 3 we’ll only be getting one Operator. Instead, Ubisoft will be focusing on gameplay tweaks and Operator reworks (they’ve confirmed that Tachanka is in line for a makeover). 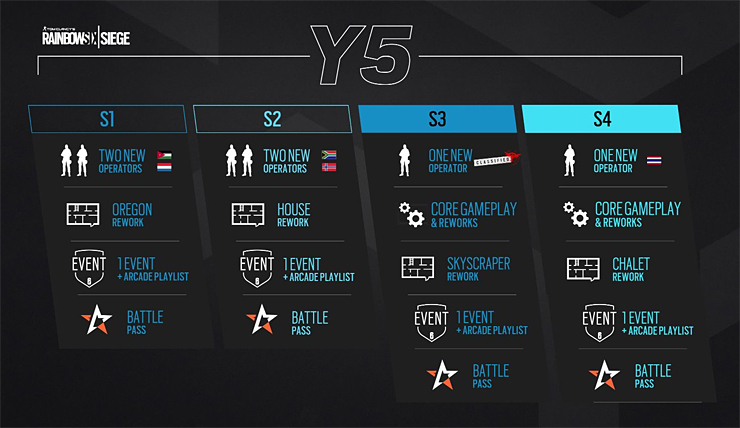 On top of Operator and map reworks, some of the other new features Ubisoft promised to deliver in Year 5 and beyond include an Apex-Legends-style ping system, new secondary gadgets, the ability to ban certain maps, a replay system, and reputation levels that will hopefully help combat toxic behavior. Sounds like a good collection of new features!

Ubisoft also confirmed a few details about Year 6. First of all, yes, Year 6 is happening, but there will only be one new Operator per season. More reworks should be expected, as well as a major new game mode and a new tournament system called the Rainbow Six Cup. So yeah, Rainbow Six Siege won’t be getting quite the same love it once did, but the game is still far from winding down.

Rainbow Six Siege is available now on PC, Xbox One, and PS4. Operation Void Edge is available on public test servers as of today – you can expect the full launch of the season in the first or second week of March.