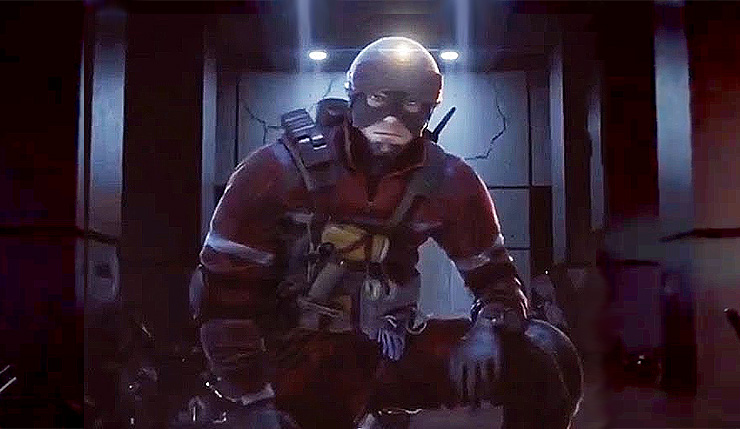 Yesterday Ubisoft officially announced Rainbow Six Siege Y5S2, entitled “Operation Steel Wave,” but as usual, they’re making us wait for more details and a look at the new operators. Of course, Siege is the leakiest boat in the industry, so a teaser trailer featuring our new operators, Ace and Melusi, quickly popped up on Reddit. Check it out for yourself, below.

Ace is our attacker from Norway, and it appears he has the ability to blast through reinforced walls and doors. His dialogue in the teaser trailer above hints at that – “There is no chasm too wide, no wall too thick, that will stop me from bringing you home.”

Melusi is our defender from South Africa, and her abilities are a lot less clear. We see her gracefully walking along a branch of an African acacia tree, but other than that, no real clues. Here’s what she had to say in the trailer – “A true predator strikes out of necessity, not greed.”

As a reminder, Rainbow Six Siege insider Kormora did provide this bit of information about our two new Steel Wave operators…

Info on the operators I've been given is pretty vague. All I know is the pyramid device for the defender that slows you down when it sees you (as I mentioned before) and some sort of hard breach operator.

In addition to Ace and Melusi, we know Operation Steel Wave will include a rework of the game’s iconic House map, a new battle pass, and some sort of limited-time event. A new elite skin for Echo has also leaked.

Rainbow Six Siege is available now on PC, Xbox One, and PS4. According to the leaked trailer, the full reveal for Operation Steel Wave is coming on May 18. What do you think? Do the new operators seem like solid additions to the game?