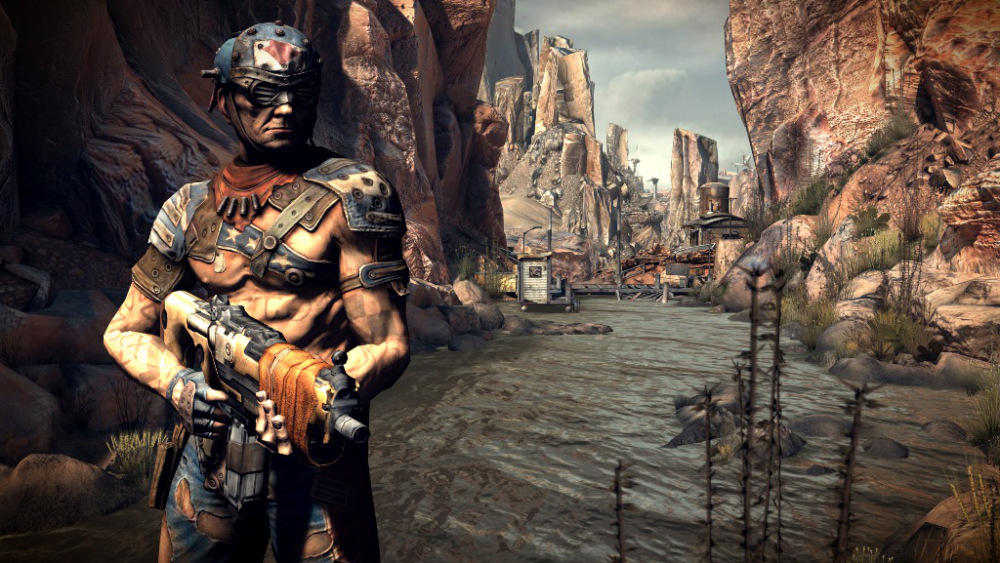 There's been some speculation these past few days regarding the possible announcement of RAGE 2, sequel to the post-apocalyptic first-person game developed by id Software. Speculation can now end, as the game is indeed real and coming.

Earlier today, an advertisement has leaked online, showcasing characters and setting. Judging from the crazy characters shown in the video, it seems like the game's tone will be somewhat different from its predecessor's. You can check out the leaked trailer by going here.

The original RAGE has been released back in 2011, featuring a post-apocalyptic setting like its sequel, an intense first-person experience and more.

RAGE is a groundbreaking first-person shooter set in the not-too-distant future after an asteroid impacts Earth, leaving a ravaged world behind. You emerge into this vast wasteland to discover humanity working to rebuild itself against such forces as bandit gangs, mutants, and the Authority – an oppressive government regime that has a special interest in you in particular. Featuring intense first-person shooter action, breakneck vehicle combat, an expansive world to explore and jaw-dropping graphics powered by id’s revolutionary id Tech® 5 technology, RAGE promises an experience like no other.

With the RAGE 2 ad having been leaked online, we won't have to wait much longer for an official announcement scheduled for later today. We will keep you updated on the game as soon as more come in on it, so stay tuned for all the latest news.