One of the more interesting features of the cinematic action game Quantum Break, developed by Remedy Entertainment, are live action episodes which will provide players with additional details on the story. When the live action episodes have been confirmed for the game, it's also been confirmed that players will be able to stream them without having to download. However, it looks like those who would prefer to have them on their console will be able to download them fully. 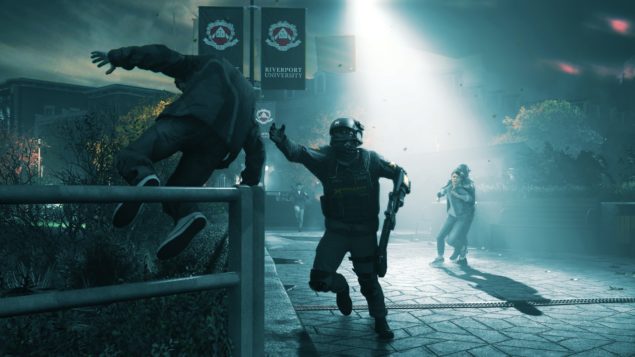 A few hours ago, the Quantum Break Episode Pack has surfaced on the Xbox Store. The pack includes all the live action episodes and it's a rather big download, 75 GB big. Even though downloading the pack is definitely not as convenient as streaming them, it's still good to see Microsoft and Remedy Entertainment giving players options.

Yesterday, Remedy's head of PR Thomas Puha has confirmed that the team is finally able to enjoy the game at home. Mr. Puha has also shared his opinion on the game, stating that he feels like the unique combination between gameplay and live action episodes works quite well. He's also been surprised at the game's Hard difficulty, which led him to struggle on Act 4.

Earlier this week, the settings for the PC version of Quantum Break have been revealed through some screenshots. According to the screens, players will be able to to tweak the game’s volumetric lighting, shadow resolution, shadow filtering, texture resolution, effects quality, and global illumination quality. As previously revealed, it will also be able to play the game in 4K resolution if their machines are powerful enough.

Quantum Break launches on Xbox One and PC on April 5th. More on the game by Remedy will surely come in soon, so stay tuned for all the latest news.