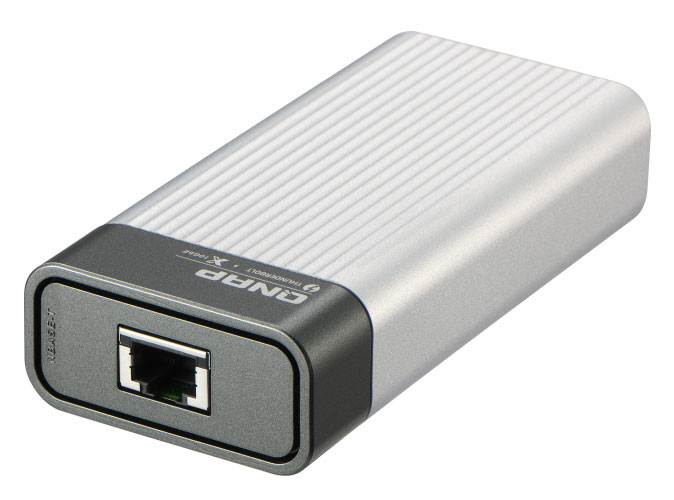 "With the handy QNA series adapter, a 10GbE network can be created between your Thunderbolt 3 computer and another 10GbE-capable device without needing a complicate setup. 10GbE networks can facilitate high-speed data transfer and greatly benefit applications that are bandwidth or file-size intensive,"

The QNA series features two models. The QNA-T310G1T has a Thunderbolt 3 to 10GbE Multi-Gigabit (10G/5G/2.5G/1G/100M) port, and the QNA-T310G1S has one 10GbE SFP+ port. The palm-sized QNA series adapter can fit perfectly in any working environment, and the shallow grooves on its top provide effective cooling during prolonged usage.

It is usable on both Mac and Windows PC's ideally for large file transfers between your computer and a local NAS, with its small size it makes traveling with it easy, and is a simple device that can help some users quite well.

Availability
QNAP states that the QNA series Thunderbolt 3 to 10GbE adapter is now available, though I couldn't find any major online retailers selling them. I will update the article when I see a price shown, though I imagine it shouldn't be too expensive.