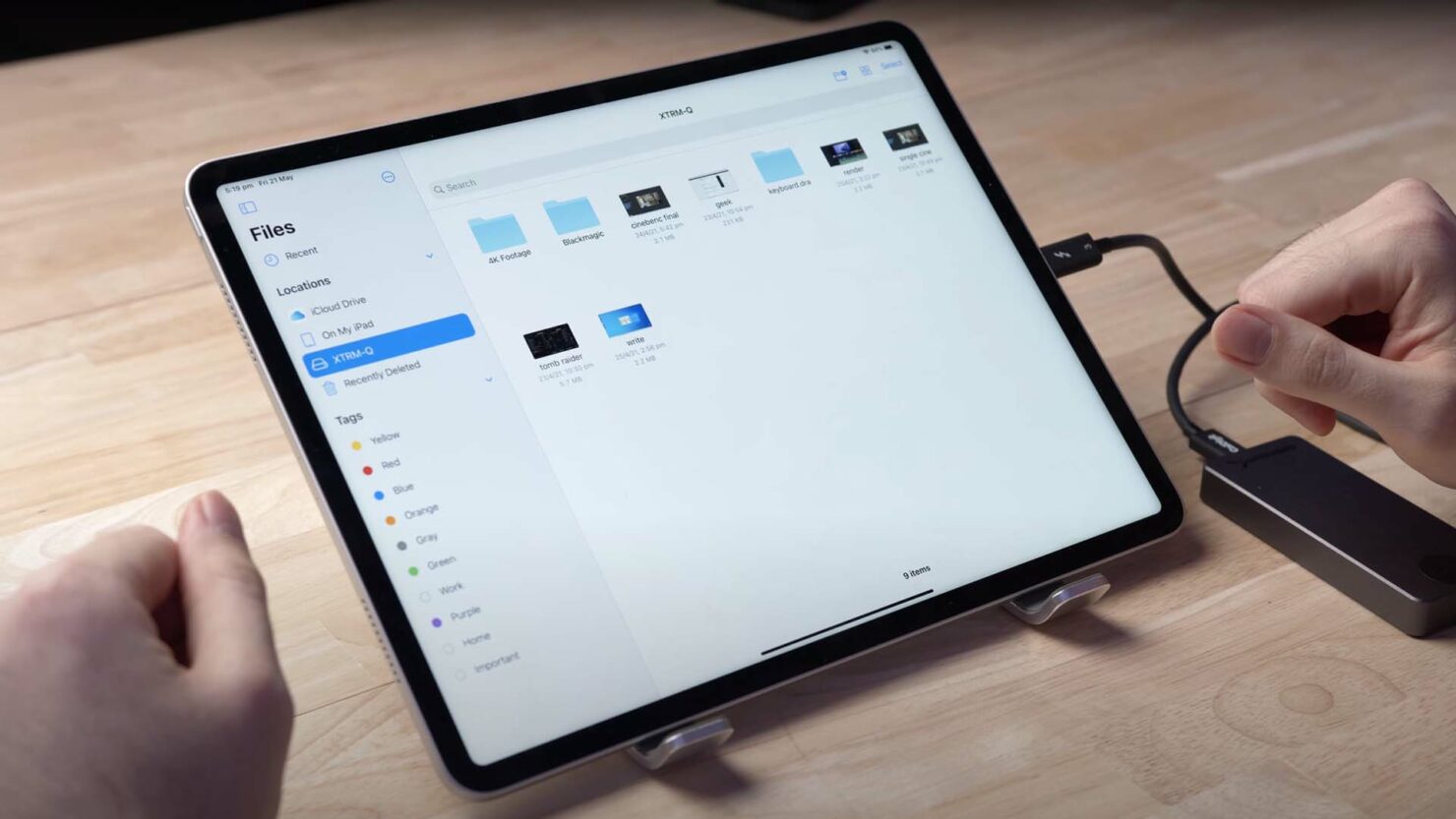 For the first time, Apple has added Thunderbolt 3 support to its M1 iPad Pro, meaning that in addition to hooking it up to an external monitor for increasing your workspace, users can experience faster data transfers, but by how much exactly? This little test shows the results that you are looking for, and while they are satisfactory, the M1 iPad Pro is still slower than a MacBook Pro.

Created Tech made a video on YouTube showing the M1 iPad Pro file transfer speeds using the Sabrent XTRM-Q Thunderbolt 3 external drive. He states that after testing the MacBook Pro earlier, the write speeds recorded were 2401MB/s, which is incredible but given that both the port and the drive support the Thunderbolt 3 protocol, looking at the results is not surprising.

What is surprising is how terrible the M1 iPad Pro performed in the same test, despite featuring the same Thunderbolt port. Created Tech copied a 20GB file from the Sabrent XTRM-Q Thunderbolt 3 external drive onto the iPad Pro, with the entire file getting copied in 36 seconds. That equates to data transfer speeds of 570MB/s, which is way less than what Thunderbolt 3 specifies.

Later, a 10GB file was copied to the same tablet, with the transfer getting completed in 18 seconds. There is no concrete reason as to why this is happening, but it could be a software limitation. Fortunately, Apple is expected to preview iPadOS 15 next month during its WWDC presentation, so when the official update drops later this year, perhaps we could experience improved data transfer speeds.

You can check out the entire test carried out on the M1 iPad Pro in the video below and share your thoughts on what you think down in the comments.