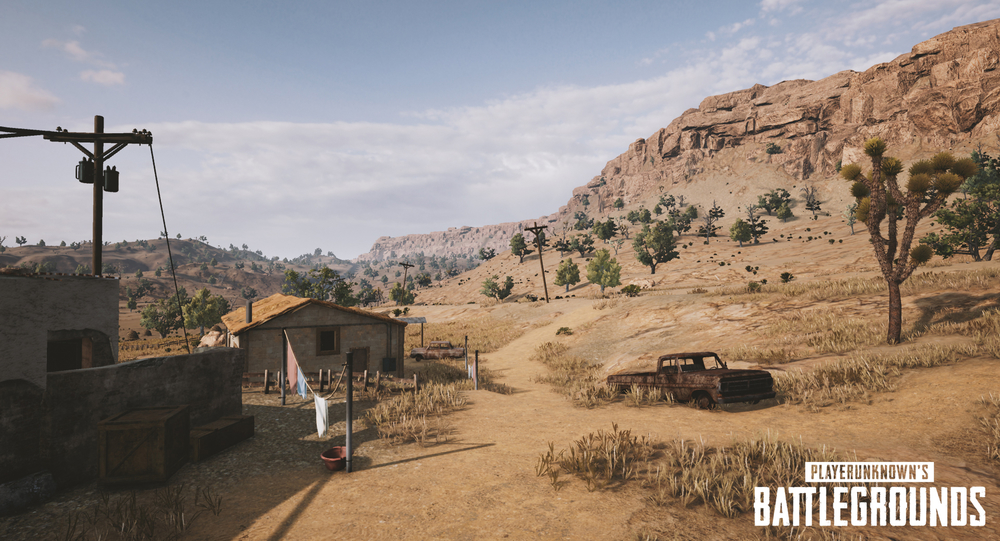 Developer Bluehole will be transitioning to a longer 2-3 week cycle in-between PUBG Xbox One updates.

On the game’s official forums, the developer shared its 2018 Xbox PUBG Spring roadmap, in which the team stated that they want to make sure that well tested improvements are being released on the Live servers. As such, the team will be moving away from weekly Xbox patches. Many might have already noticed this prior to the release of PUBG Xbox patch #9.

In 2018, Bluehole aims to further improve the game’s performance on Xbox One. “To put it bluntly, we are simply not satisfied with the games current console performance, and especially so during tense moments of onscreen action”, the development team writes. “We have found some immediate opportunity to increase framerate through changes to Erangel’s building materials, as well as some reduction to in-game foliage composition. Until we are completely satisfied in the quality and reliability of the experience, efforts to optimize performance will be an ongoing hi-priority issue.”

We’ve included some of the changes in technical areas that Bluehole has made to improve performance:

The rest of the planned improvements and changes for 2018 have been included below as well:

UI optimizations: Our goal is that PUBG stands up well when compared to other games in your collection, and this comparison begins the second you boot up the game. HDR and Safe Zone options, the quality of the individual assets, the speed at which they load and how they react to your selection are all things we will improve upon as we move towards creating a premium and higher quality experience.

Improve Inventory UX: We receive a ton of feedback around the usability of the title, particularly when it comes to navigating the inventory UI. PUBG is a complicated game to control, and when you factor the risk versus reward of inventory management in high pressure situations, the interface must be intuitive and responsive. We are working towards that goal, and we have some changes coming that we hope will allow players to action the decisions they want to make, faster.

Improvements to Console Controller Options: We will be providing additional preset configurations to choose from as well as exposing a wider set of aiming options, providing players more freedom to create a controller experience that feels satisfying and empowering.

Improvements to game matchmaking: To support a fair and competitive environment, we plan to further improve matchmaking for Duo and Squad modes.

Updates to Vehicle Penetration: To promote a greater sense of realism, we will be applying bullet penetration to our vehicle system. Our current model can be viewed as a vehicles body having a life bar that must be reduced before the driver can be damaged. When our update is released, players that are skillful with their shots, can pierce vehicle doors and panels, damaging enemy players and ensuring that threat is constant even for those behind the wheel.

Game Highlights: We want players to easily capture and share in-game actions of interest, so we have integrated Game Highlights functionality on Xbox.

Achievements: We have some great ideas for those players that like an added challenge, and we will be rolling out our achievement criteria as part of our roadmap.

Customization: We will add in-game Player Customization Options, emotes and more. We want to offer a wide range of options for you to customize your character in style.

Test server: In advance of major upcoming patch releases, we will be making available to players a separate PUBG Xbox Download client. There, players can participate in our latest content updates before they are moved to “Live”.

In addition to the above, the PUBG Xbox development team writes that the 2nd game map, the Miramar map, will arrive on Xbox in early spring.