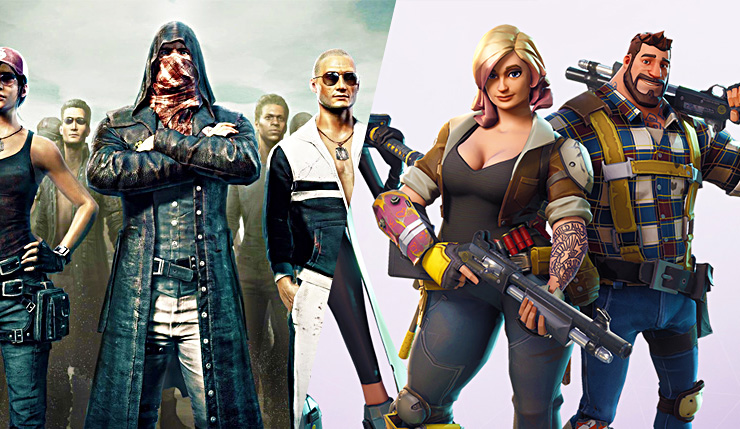 The battle royale craze isn’t going anywhere any time soon, as both PlayerUnknown's Battlegrounds and Fortnite have announced they’ve surpassed 20 million players. Surprisingly, it was actually Fortnite that broke the 20 million barrier first, after only four months on the market.

We just passed 20 million players across all of Fortnite since launch! Thanks from the bottom of our ??? pic.twitter.com/LuVV5vb7wj

Of course, it’s not an entirely fair comparison – Fortnite’s Battle Royale mode is free-to-play, while PUBG costs $30. Given the higher barrier for entry, PUBG amassing 20 million players is a much more impressive (and lucrative) accomplishment. The official PUBG Twitter account announced the game had passed the milestone earlier today.

I know a lot of you are frustrated by issues w/ the game but the team is working hard to deliver a truly great Battle Royale expierence for everyone. Bear with us, change is coming!

Fortnite also has another advantage which helped them get to 20 million first – the game is available on consoles. Of course, PUBG will soon eliminate that edge, as the game’s publishers recently announced the game will hit Xbox One on December 12.

For those who may have been living in a cave for the past year, PlayerUnkown's Battlegrounds is a large-scale multiplayer deathmatch inspired by movies like The Hunger Games and Battle Royale. 100 players are dropped onto an island without any weapons or equipment and have to gather resources and eliminate opponents in order to become the last person standing. In addition to selling over 20 million copies, the game has set records for most concurrent players on Steam, surpassing 2 million in October.

Fortnite is a co-op zombie survival game from former Gears of War developer Epic Games, in which you and three friends build a fort from scratch and defend it from an onslaught of the undead. The game launched its free-to-play Battle Royale mode in late September, which didn’t make the publishers of PUBG particularly happy.

Both PlayerUnknown's Battlegrounds and Fortnite are currently available in early access form. PUBG 1.0 will hit PC sometime in December, while the full version of Fortnite is slated to arrive in mid-2018.

So, which battle royale game is going to hit 25 million first? 30 million? 50 million? Watching PUBG and Fortnite duke it out is almost as fun as the games themselves.