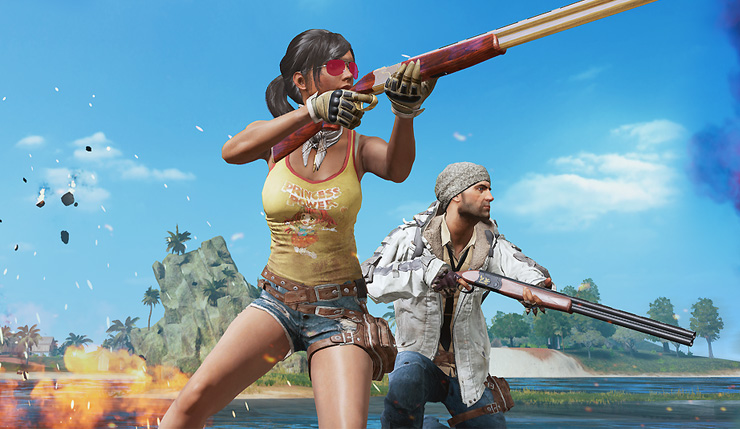 It’s been a rough few weeks for PlayerUnknown’s Battlegrounds. Last month PUBG Corp. launched their 4x4 km jungle map Sanhok and a new Fortnite-like Event Pass, and the fan response to both has been decidedly mixed. Most would agree Sanhok has its positive points, but glitches, poor performance, and other issues have hampered enjoyment of the map. Meanwhile, the Event Pass has been roundly criticized for the amount of grinding required to unlock free gear, foisting non-permanent “trial” items on paying players, and, of course, more glitches.

In a recent interview with PCGamesN, a PUBG Corp. representative acknowledged the less-than-ideal launch of the Event Pass and seemed unsure about the future of the concept…

“The [Event Pass] was the first of its kind we launched. It wasn’t perfect, but many players stood by us and I’m very thankful for their support. We’re going to analyze things that didn’t go too well in Sanhok - level of difficulty, depth challenge - and reflect on them. We haven’t decided [if we’ll do more Event Passes] yet. It’s something we are thinking of, but we want to reflect on it more before making future plans.”

On the other hand, PUBG Corp. seems more confident about the Sanhok map. Creating Sanhok was an opportunity for “new learnings and insights,” and some elements, like dynamic weather, may be added to other maps in the future.

“With Sanhok, we listened to the community and wanted to change the experience by adding dynamic weather that also fitted with the Southeast Asian theme of the map. The community’s response to the new dynamic weather system has been positive, so we’ll definitely investigate adding it to Erangel and Miramar down the line.”

Fortunes change quickly in the wild world of battle royale – do you think PUBG be able to rebound from its bad month? Have you been enjoying Sanhok? Or have you already moved on?

PUBG is available on PC, Xbox One, and mobile platforms.