Earlier this week there was a rather sketchy shaky cam video showing the "Z1" which is the Rumored PSP Phone although with all the shaking and blur it was hard to tell whether it was authentic or not. But now there is an improved version of the video and it seems that the PSP Phone is for real after all 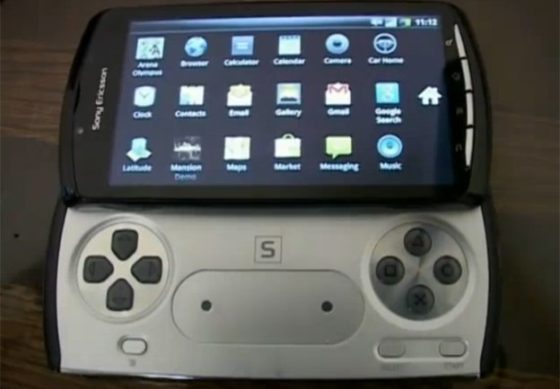 As you can see the Z1 will come packing with the new Android Gingerbread which will be fantastic, at 0:23 you can clearly see the PlayStation icon next to Places in the third row. Which means this is the real deal. Sony MIGHT unveil the new phone this coming January at the Consumer Electronics Show, Although I am certain about one thing that this phone will DEFINITELY be in the ~$600 + range considering all that I have seen so far and even after 2 years of it's release it still won't be as commercially successful as the PSP FAT (even though the PSP FAT doesn't have those many sales to it's name anyway) I definitely see Android enthusiasts buying this over PlayStation fanboys any day.

While the phone is attractive and all price will be a real downer, and seeing how Sony has removed the UMD drive like in the PSP GO I am sure consumers will be forced to make and buy games off PSN store rather then just buy the UMD of the game and play straight away. If the price for this thing is reasonable at launch I might just saving up for this phone right now, otherwise I'll stick to my PS3.