PS5 Showcase Officially Announced For Next Week on September 16th; Price and Release Date Likely to be Revealed 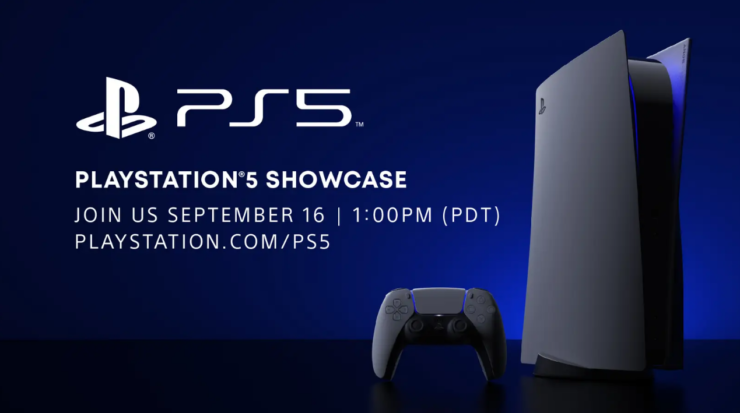 The next PS5 showcase will take place next week on September 16, Sony has officially announced.

The event, which will kick off at 1:00 PM PDT, was announced on the official PlayStation blog just now.

“Before PlayStation 5 launches this holiday, we wanted to give you one more look at some of the great games coming to PS5 at launch (and beyond!)”, Sony writes.

“Our next digital showcase will weigh in at around 40 minutes, and feature updates on the latest titles from Worldwide Studios and our world-class development partners.”

Aside from mentioning new titles coming to the console, Sony hasn't provided additional details about the contents of the showcase. With Microsoft now having announced the release date and pricing of its next-gen consoles last week, however, it's highly likely that Sony will finally announce the price and release date of the PS5. Especially with pre-orders on both Xbox consoles kicking off on September 22.

As covered earlier, Sony will reportedly be slashing the pricing on its upcoming next-gen console to match up with Microsoft's Xbox Series S and Xbox Series X, which will retail for $299 and $499, respectively.

Sony has announced that it will be launching two PlayStation 5 models - a model with Blu-Ray drive and a digital-only model. Both models will come with Sony's custom ultra-fast 825GB SSD. We've included the PS5 hardware reveal trailer down below alongside some key features of the console.

Harness the power of a custom CPU, GPU and SSD with Integrated I/O that rewrite the rules of what a PlayStation console can do.

Maximize your play sessions with near instant load times for installed PS5™ games.

The custom integration of the PS5™ console's systems lets creators pull data from the SSD so quickly that they can design games in ways never before possible.

Immerse yourself in worlds with a new level of realism as rays of light are individually simulated, creating true-to-life shadows and reflections in supported PS5™ games.

Play your favorite PS5™ games on your stunning 4K TV.

Enjoy smooth and fluid high frame rate gameplay at up to 120fps for compatible  games, with support for 120Hz output on 4K displays.

With an HDR TV, supported PS5™ games display an unbelievably vibrant and lifelike range of colors.

PS5™ consoles support 8K Output, so you can play games on your 4320p resolution display.

As always, we will keep you updated as soon as more info on the PS5 comes in.