Sony has just released PlayStation 4 update 4.06, which once again, improves the console’s stability.

As with most recent PS4 firmware updates, patch notes are rather minimal and the main feature is improved "quality of the system performance".

The PS4 4.05 update, which was released some weeks ago, also offered stability improvements. As with all “stability” updates, the exact details are unknown. 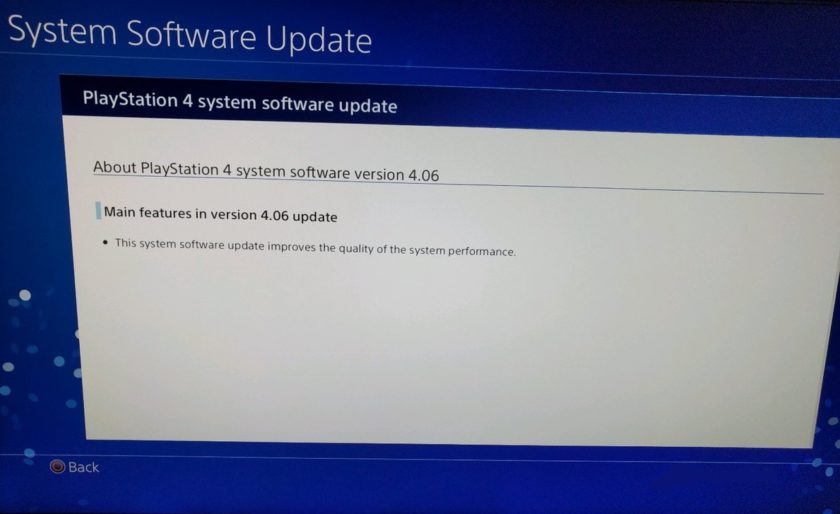 The firmware update weighs in at 297.8MB, and is being rolled out as we speak.