PS3 gets SNES and Dreamcast emulation

PSJailbreak, a marvel for all the hackers and modders out there who don't wish to pay for games anymore and want to separate themselves from all online features of the PS3 completely, the marvel of PSJailbreak came in many forms, some free like PSGroove and others not so free in the form of PSJailbreak. Aside from getting users PS3 banned permanently and able to run homebrew games the PSJailbreak comes with more features which were unbeknown st to the user, PSJailbreak now gives the ability to emulate Super Nintendo and Dreamcast games.

Although Jailbreaking your PS3 to get these emulations working is a bit too much to ask it would be worth it for people who have nothing to lose, i.e have already jailbreaked their PS3's but we all know that if an official release does come out Sony will find a way to remove it just like they did away with "Other OS" on the PS3 FAT's (The lawsuit is still going on by the way), the point is that even if by some random act of kindness this emulation slips out to those of us who haven't jailbreaked our PS3's Sony WILL eventually release a work around removing it for us wouldn't they? 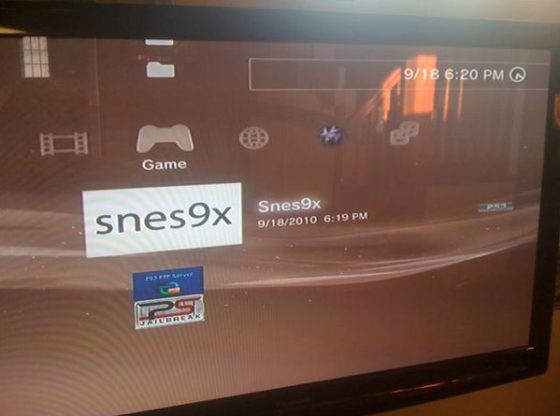