PS Plus Free Games for February Include Hitman and For Honor, Cloud Storage Limit Upped 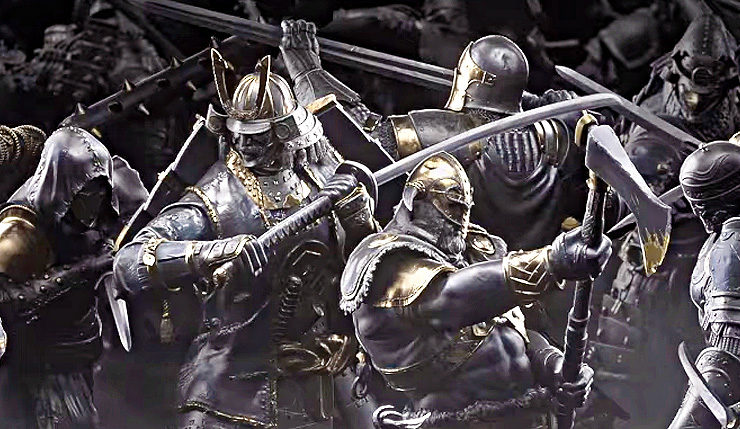 Sony has revealed the free games PlayStation Plus subscribers will have a chance to tackle in February. Following a solid January headlined by Steep and Portal Knights, Sony is upping their game with Ubisoft’s multiplayer brawler For Honor, 2016’s episodic Hitman series, and more in February. Check out a trailer for the new additions, below.

Experience the chaos of war and choose between Viking, Knight, and Samurai factions to find your perfect fighting style. Featuring 18 different PvP maps, this game will be sure to entertain you.

Take on the role of Agent 47, the world’s ultimate assassin. Travel the globe to eliminate your targets in traditional and less traditional ways. From sniper rifles to expired spaghetti sauce, use the weapons at your disposal to become the master assassin.

This month’s PlayStation Plus announcement also comes with some bonus good and bad news. First the good – the cloud storage space PS Plus members have access to is expanding in a big way, from 10GB to a whopping 100GB! That’s a lot of game saving space. Unfortunately, as Sony revealed last year, February is the last month Sony will be offering PS3 and PS Vita games as part of the PS Plus lineup. Don’t worry though, you’ll still have access to the PS3 and PS Vita games you’ve already downloaded.

Sony dropping PS3 and PS Vita games is a bit of a bummer, but, otherwise, this is a pretty good month for PS Plus subscribers. For Honor, Hitman, Divekick, and Metal Gear Solid 4 are all well-worth your time. What are your thoughts on February’s free PS Plus games? Which game will you be tackling first?