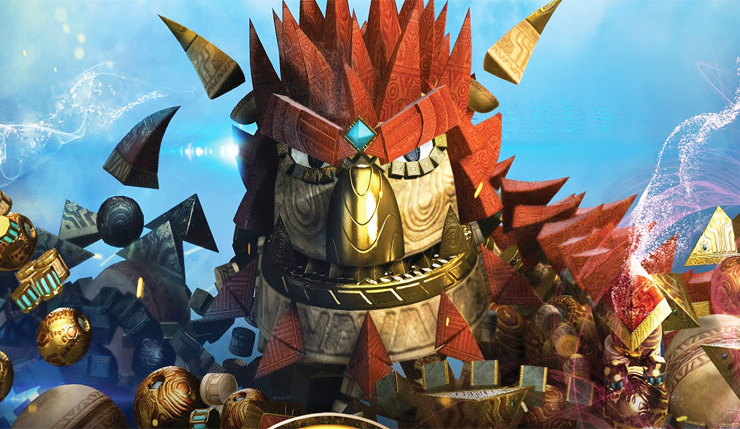 Sony has revealed the free games PlayStation Plus subscribers will have a chance to tackle next month. After an excellent January featuring Deus Ex: Mankind Divided and Batman: The Telltale Series, February is a bit of a mixed bag headlined the Zelda-esque adventure Rime and infamous PS4 launch title, Knack. Once again, PS Plus subscribers will also get the bonus PlayStation VR game, Starblood Arena.

This single player puzzle adventure is set in a beautiful world where you play as a young boy who has awakened on a mysterious island after a torrential storm. Armed with your wits and a will to overcome, you must explore this mysterious island, reach the tower’s peak, and unlock its closely guarded secrets.

Take control of Knack and his signature size-shifting abilities to protect the world from a very dangerous threat – the invading Goblin Army. Knack is a fun-filled adventure that lets players wield fantastic powers and discover a uniquely vibrant world.

This arena combat game was built from the ground up to be played in VR with your PS VR headset. Attack, evade, and move in any direction as you compete against pilots from across the galaxy. You’ll fight for glory, credits, and your life.

I doubt most PS Plus subscribers will complain about getting Rime (you can check out Wccf’s very positive review here), but Knack is a bit of a groaner. Knack was your classic underbaked launch title, and I can’t imagine anybody being particularly excited to play it in 2018.

What are your thoughts on this month’s PS Plus lineup? Am I being too rough on poor ol’ Knack?