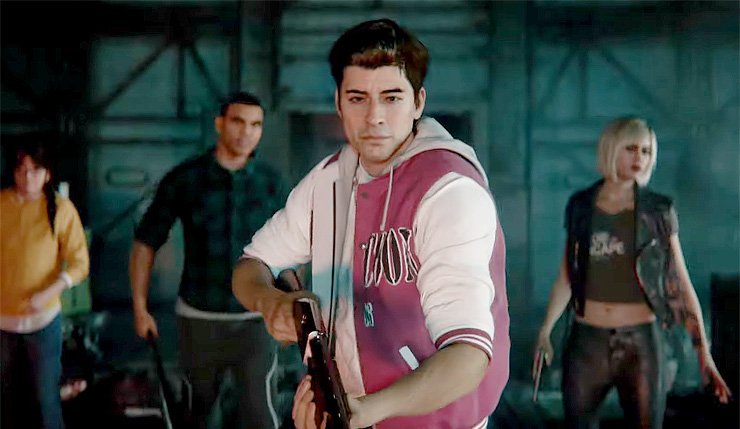 Last week Capcom teased a new Resident Evil project, entitled Project Resistance, which was rumored to have a heavy co-op focus. Some hoped it would be a successor to the cult favorite Resident Evil Outbreak, but based on the game’s first teaser trailer, it looks like the game’s taking direct notes from Left 4 Dead. You can check out said teaser trailer, below.

So, as seen in the trailer, it appears as if players will take control of one of four unique characters, each of which will have a different weapons and strengths. Depending on which character you pick, it looks like you’ll be able to wield a shotgun, nail-filled board, aluminum bat, or handgun. As our heroes make their way through a sinister facility, they come up against your standard RE zombies and a Licker.

Interestingly, at the end of the trailer, we see the game’s shadowy mastermind don a pair of high-tech gloves, which apparently allow him to control a “Mr. X” style Tyrant. Will Project Resistance feature some form of asymmetric gameplay, where one player can control Mr. X? That could potentially be a fun (and terrifying) twist.

Project Resistance will be shown at Capcom's booth during Tokyo Game Show 2019! Come to the booth's stage to see members of the development team show off gameplay! This will be the world's first look at the game, so you won't want to miss it!

Expect more info about Project Resistance to be publicly revealed on September 12 at 1am UTC/September 11 at 5pm PT.

What do you think? Excited for Project Resistance? Capcom has had mixed results with Resident Evil multiplayer, but given their recent successes, I’m willing to give the game a chance.