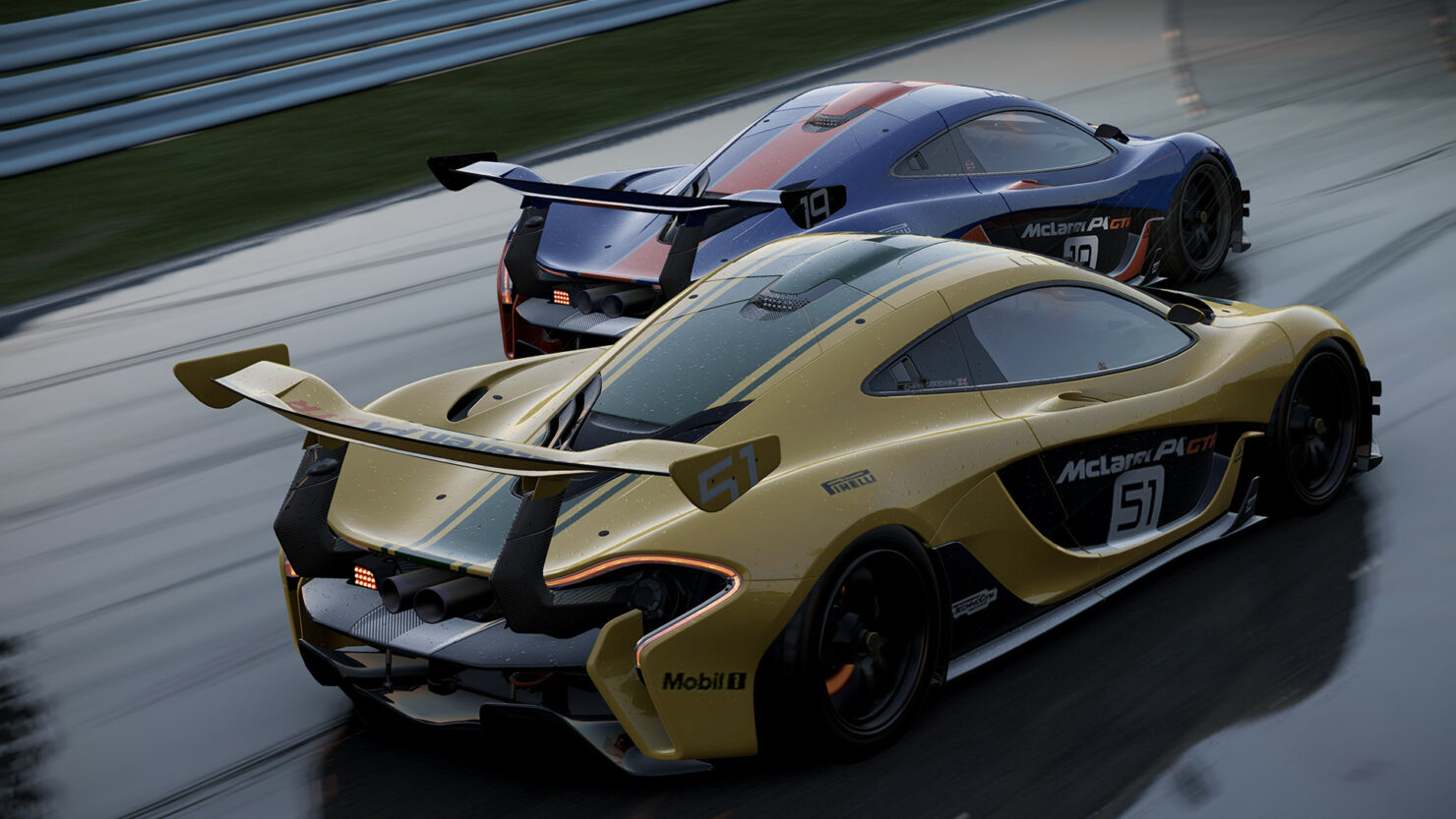 Slightly Mad Studios quickly carved itself a spot in the hearts of racing games fans. Just one year after its foundation, it released the critically acclaimed Need for Speed: Shift, which eventually got a sequel in 2011, Shift 2: Unleashed.

These games already showcased the penchant of the studio for simulation racers. However, with Need for Speed traditionally being an arcade racing franchise, Electronic Arts went back to making more accessible entries while Slightly Mad Studios conceived their own new IP, Project CARS - a Community Assisted Racing Simulator. That's because funding for the game (around $5 million) was provided by a tight-knit community of fans who had appreciated the studio's efforts with the Shift titles.

A little over two years later, Project CARS 2 is now closing in on its projected September 22nd launch date. We've had the chance to try a PC preview build and it's already clear that the developers have expanded upon the first installment's foundation in every possible way.

The amount of options available is almost disconcerting at first. It's not limited to choosing between the assists and damage options, either. You can adopt a non-existent, realistic or accelerated tire wear, for instance, while the fuel usage can be tweaked between inactive, slow, and realistic. But this is just the tip of the iceberg.

You can have a fully manual pit stop and cooldown lap if desired. The deadzone and sensitivity of your controller or racing wheel can be all independently adjusted for steering, throttle, brake, clutch, et cetera. Even the force feedback can be customized in multiple ways, from choosing a general flavor (immersive, informative, or raw) to specifically tweaking the force feedback's gain, volume, tone, and FX.

This level of maniacal attention to detail is kept throughout the full breadth of options in Project CARS 2. Players are able to adjust the field of view (FOV) of each camera setting independently, but they can also enable the FOV to change upon reaching certain speed thresholds.

It's the same for the audio, with separate options to adjust the volumes of your own car's engine and the opponents' car engines, but also tire volume, collision volume, track surface volume, environment volume... Then there's a visuals tab, where you may set your preferences for post-processing effects like exterior and interior sun flare, bloom, heat haze, vignette, crepuscular rays, rain drops and more. You can even tweak exposure compensation much like you would do with your camera when taking pictures.

Then, of course, we have the race and opponent settings. Project CARS 2 allows you to change the number of AI drivers you'll race against, their skill level and even their level of aggression; both of these are sliders going from 1 to 100, which means that you may really fine tune AI settings to your liking.

Obviously, you may set the number of laps (or, alternatively, a time duration) for the race, but also the date when the custom race takes place, the season (which plays an important role in Project CARS 2 due to LiveTrack 3.0), time progression (you can take a look at this in the gallery below - with a 25x multiplier, a race of five laps started in the afternoon and ended at nighttime), but also up to four different weather slots. By picking only one, the weather will remain fixed, otherwise it will change from one condition to another during the race - and you can adjust the speed of the weather's progression, too.

Such an incredible attention to detail speaks volumes about the passion behind the game. As you would expect, this also shows when actually playing it.

Even with a handful of assists enabled, handling cars is far from a cake walk. When compared to Forza 6 Apex, for example, Project CARS 2 feels much more complex and less accessible when it comes to handling. That means it might require a greater deal of patience when it comes to the learning curve, particularly if you're just stepping into racing simulators.

That said, this was clearly the goal for Slightly Mad Studios since the very beginning. Project CARS 2 is meant to be their ultimate rendition of a racing simulator, and it looks like it's on track to meet that. It will have to fight against Microsoft-backed Forza Motorsport 7 and Sony-backed GT Sport in what may well be the hottest year ever for racing games, but it has all the right cards to compete with them, including at least one the competitors don't - it will be available on all major platforms (PC, PlayStation 4, and Xbox One). Of course, there's loads still to test, particularly when it comes to matchmaking, the new online ranking system and e-Sports oriented features, but we'll have to wait a couple more months for that.

Meanwhile, the graphics of Project CARS 2 already look amazing. Running on an i7 6700K and Palit GTX 1080 Super JetStream, the game ran smoothly (even more than seen in the captured footage below) with max settings and native 4K resolution. Given that there's still time to optimize the game and NVIDIA and AMD's drivers will certainly provide additional improvements, there's every reason to be confident about the performance on PC. As a reminder, if you're unsure about meeting the system requirements, check them on Steam.

I also noticed an HDR calibration setting, albeit grayed out in this build, but it seems to confirm that the final game will offer support for HDR displays.

The cars are rendered meticulously, as do the tracks. Trees and grass to the sides look great as well, though the trees don't seem to move at all with the wind, which would have definitely added to the realism. Similarly, fans on the bleachers aren't animated, though admittedly these are rather minor details in the grand scheme.

Perhaps a bit more annoying is the fact that aliasing can't be completely erased from the picture no matter what. I've tried supersampling up to 1.5x from a base 4K resolution, using the top MSAA setting (High) as well as SMAA Ultra (the highest setting for post-processing AA), but aliasing remains visible on the car's top, on the railings, and on the tracks' borders, too. Hopefully, Slightly Mad Studios can find a way to improve this ahead of September 22nd to deliver a virtually flawless image quality, which folks will be able to enjoy at 12K via a triple screen setup.

Project CARS Might Have Bugs As it Hits The Shelves