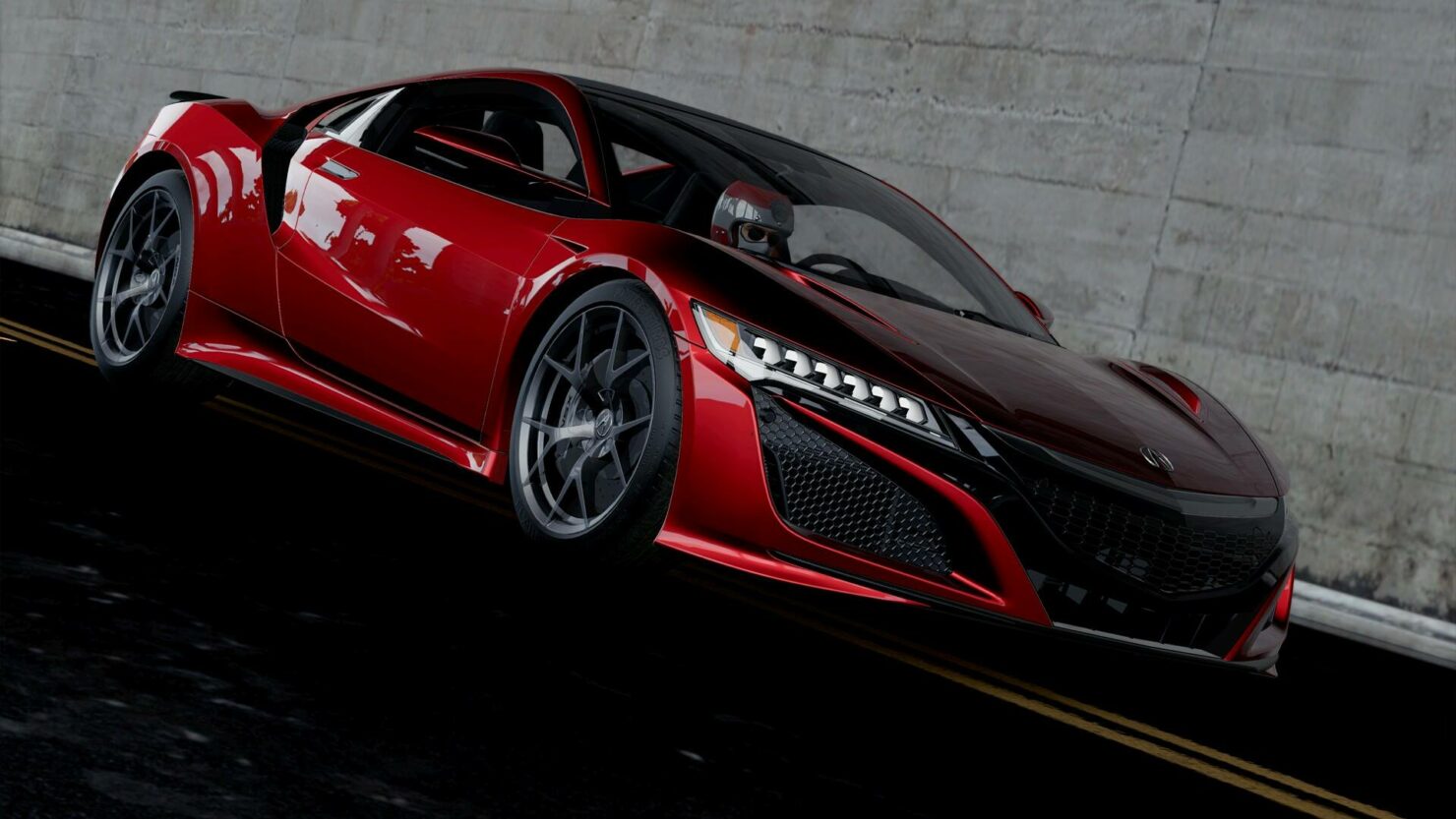 I attended an event hosted by Bandai Namco where I had the opportunity to try out the recently announced Project CARS 2. Now I need to clarify my preview with a bit of information up front: I am not a huge fan of racing games. I respect them and the people who put in so much time to be good at them, but I just can’t live that life, guys. However, I feel as though Project CARS 2 makes a genuine effort to reach out to hardcore racing fans. While I may not be able to supply you rough riders with technical aspects, I can at least tell you some interesting facts about the game.

Slightly Mad Studios differentiate themselves from some of the other big racing game brands by working alongside their community. The first Project CARS game was originally crowdfunded by numerous members of the simulation racing game community, raising over five million dollars. Project CARS 2 looks to build on the foundations laid down by the first game. The developers are doing this by featuring over one hundred and seventy licensed cars from the most iconic brands, offering the largest track roster ever seen on any console racing game, and even including full VR support and 12K resolution (PC only). A lot of players complained about the controller handling in the original game, claiming they needed to adjust several options before getting everything perfect. Slightly Mad Studios have corrected this problem by revamping the entire controller pad handling system, enabling players to jump straight in the game without any issues.

As most people are beginning to realize now, e-sports is no longer something to joke about. With this in mind, Slightly Mad Studios have focused on e-sports as a big feature in Project CARS 2. The game has been built with these competitions in mind, adding key functionality around competitive ranking, broadcasting/streaming and news. Your time spent racing against other players builds your Seniority, Racecraft and Success, tracking each of your stats independently using the new enhanced Elo-based rating system. With the Seniority system, players will instantly be distinguished with a unique title that shows which drivers are new and which are veterans. 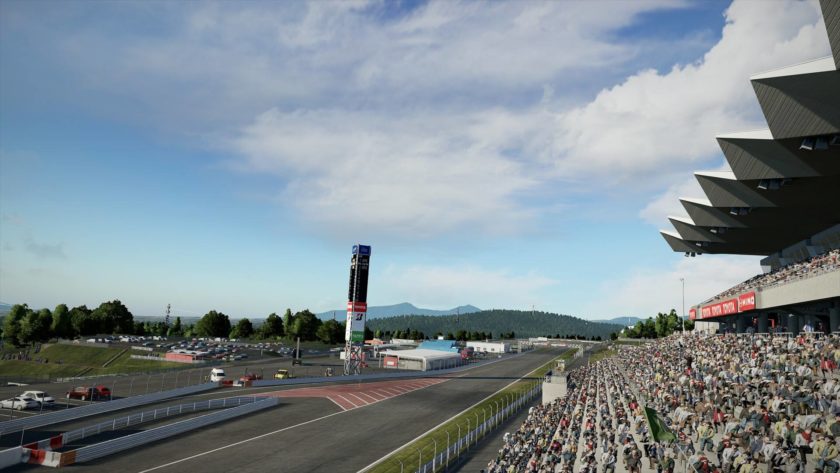 Your Racecraft ranking is arguably one of the most important stats in this new system as this will effectively determine who you play with/against. The more professional you are when driving, the more your Racecraft ranking will increase. This system allows you to spot exactly who will cause you grief on the tarmac. Do you hate coming up against players that only want to ruin the true racing experience by intentionally ramming into cars? The new rating system will single those players out, forcing them to play against each other instead of ruining the game for everyone else.

The Success system seems to be the most complex statistic out of the three. Taking a number of variables into account, the Success stat will measure the length of the race, the number of other drivers, and how competitive they are. If you beat a statistically better player than yourself, your rank will increase significantly. Likewise, if you lose to players who are statistically worse than yourself, you should expect to lose a chunk of your hard-earned points.

Your Competitive Racing License will show you exactly how proficient you are at the game. Not only do you have your license to boast to your friends just how much better you are than them, it also displays your eligibility for specific e-sports events. If you truly are one of the best at Project CARS 2, the game will tell you and encourage you to enter the available e-sports events.

For those of you who are less interested in e-sports and just play the game, don’t worry. Project CARS 2 continues to cater to a wide audience by including a range of vehicle types and motorsport classes, including Rallycross, IndyCar and more. Despite the fact I had almost no idea what I was doing on the track, I seemed to do well enough to not come last. This could show exactly how easy the game is, or perhaps how skilled I am… it’s almost certainly the former. 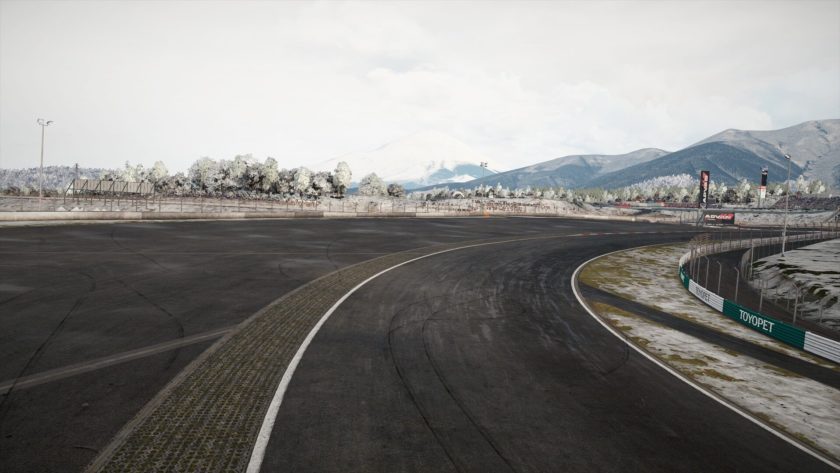 LiveTrack 3.0 is sure to impress some of you serious racers out there, with its dynamic road surface transitions. These dynamic changes will change the way you drive, directly affecting vehicle performance, grip, and handling all in real-time. One of the examples I was shown at the event demonstrated how puddles form on the tarmac (again, this all takes place in real-time). As the example race progressed, the puddles continued to expand, eventually flooding onto the grass and collecting at the foot of some of the tracks steeper hills. There’s also a dynamic time-of-day and weather system, along with seasonal race conditions to make the game that much more difficult.

As I said before, I am no racing sim expert. However, Project CARS 2 is made by some of the industry’s leading experts. I mean, they’ve got Ben Collins on board, AKA The Stig for all you Top Gear fans out there (or should I say former Top Gear fans…). Many of the developers at Slightly Mad Studios have worked on successful racing games such as GTR and GT Legends; if there’s going to be anyone you trust it has to be these guys. I’m sure if you enjoyed Project CARS 1, then there’s going to be plenty here to excite you for the upcoming sequel.

Project CARS 2 is scheduled to launch in Late 2017 for PC, PlayStation 4 and Xbox One.