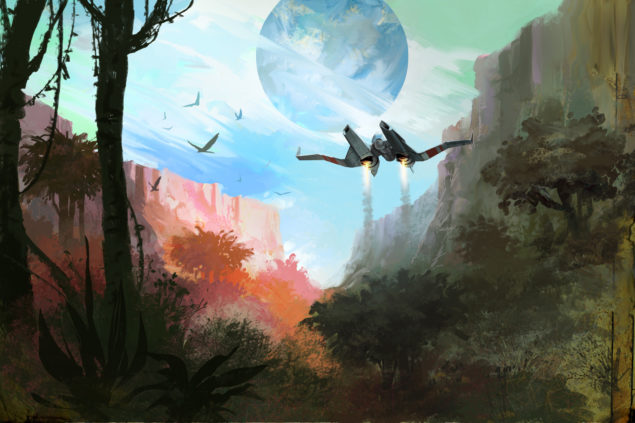 You can view the new screenshots in the gallery below:

No Man’s Sky features an infinite procedurally generated galaxy, that is all about exploration and survival. It enables players to fly seamlessly from the surface of a planet to another, and gives us the ability to visit every star in the sky.

IGN has recently released a video for No Man's Sky in which the game’s creator and Hello Games founder, Sean Murray, explains how the infinite procedurally generated universe actually works.

No Man's Sky will release simultaneously on the PlayStation 4 and PC on a yet unannounced date. The game's creator and Hello Games founder, Sean Murray promises that a release date will be announced soon. We will bring you more information as soon as it becomes available.