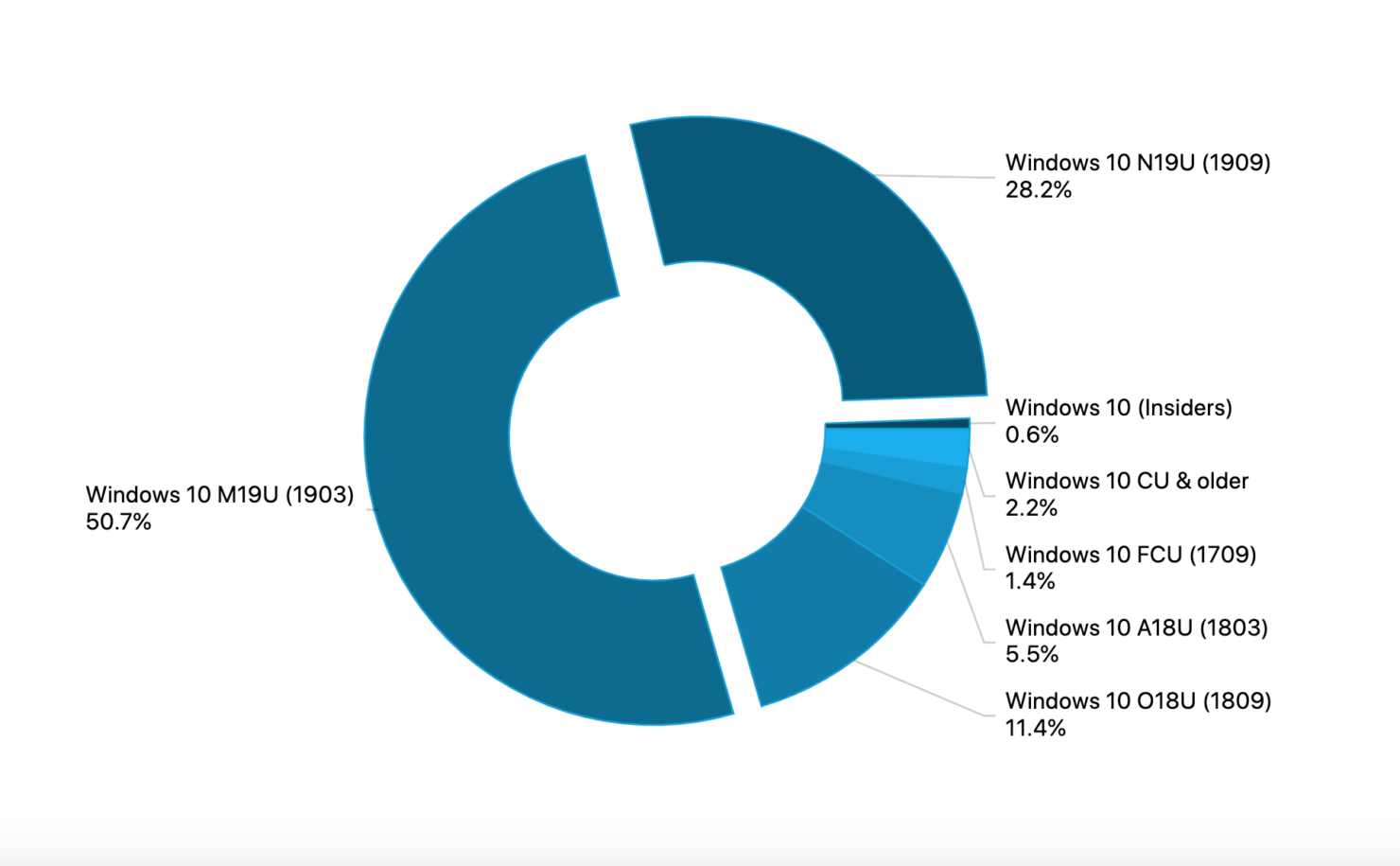 Monthly Windows 10 stats from AdDuplex are out showing an interesting update. Unlike the usual slight increases in the latest versions and previous versions losing a point or two, this month shows very old versions of the operating system gaining more usage.

"One interesting tidbit is that usage of all old versions of Windows 10 increased a bit since last month," the report noted, adding that it could be due to the increased usage of otherwise not-so-regularly used devices.

"This is likely due to the fact that people in self-isolation are using unusual PCs that weren't kept up to date."

Back to the normal coverage, the latest numbers show a slight increase in the adoption rate of Windows 10 November 2019 Update, version 1909. While the latest version of the desktop operating system didn't experience any overnight success, it continues with a slow but steady pace since its release last year.

Microsoft has already finalized the development of Windows 10 20H1 (or version 2004) and is expected to deliver it to the public in the coming weeks. The company is also testing new features for future releases through its Fast ring, which is now being led by a new chief.