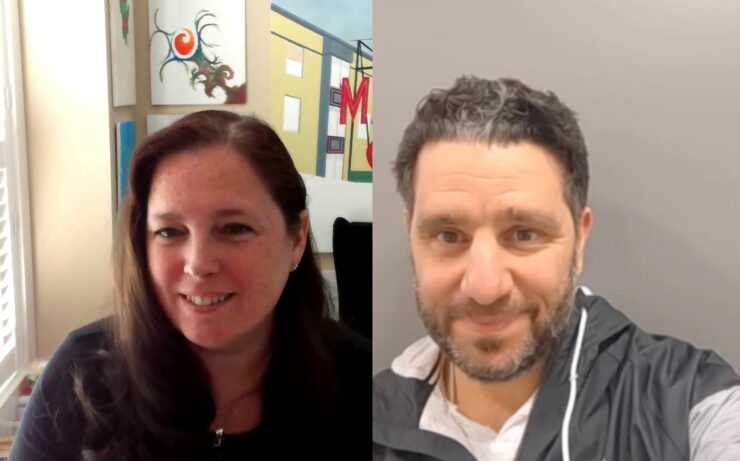 A little over a month ago, Microsoft announced merging its Windows and hardware units, calling it Windows and Devices with Panos Panay as its leader. Panay has today announced that he is bringing Amanda Langowski onboard to lead the Windows Insider Program in an effort to push this community into the next era.

Amanda has been working with Microsoft for over 20 years, which started with her coordinating beta programs for Windows. "In meeting Amanda, one thing that is immediately apparent is her passion for customer feedback and the positive impact it can have on our products," Panay wrote about the new WIP leader in a blog post.

"This can be seen in her work leading the Flighting Platform Team not only coordinating the release of each new build that goes to Insiders, but also in managing our Insider settings capabilities, ultimately enabling one of the most powerful streams of customer feedback we have."

Panay added that Amanda's "vision for the future and her desire to help connect our engineers with customers" is inspiring. He hopes she will drive the Windows Insider Program forward by communicating with legacy Insiders and growing the diversity of this community to "ensure more customers are reflected in the products we’re building together."

Very pumped to introduce @amanda_lango as the new lead for the Windows Insider Program. Not only do I truly believe in the power of this program, but I’m also looking forward to working hand in hand with Amanda as we establish a vision for the future. https://t.co/tTerILvN8u

Amanda to lead a community of 18 million Windows Insiders

Windows Insider Program is now a community of over 18 million people and plays a crucial role in the development of Windows 10. We have seen several instances in the last few years when Microsoft dumped new features during the development process or prioritized others based on Insider feedback.

With Panos Panay leading the Windows Client for Microsoft, many hope that the operating system now powering over 1 billion active devices will finally become sophisticated and less botchy (especially its update system). In an internal email, he had said that he hopes to "streamline our decision-making processes, be clear on our priorities, and deliver the best end user experiences from silicon through operating systems across all Microsoft apps and service connected devices (OEMs and Surface)."

In today's blog post, Panay wrote he has been "spending time listening, learning, and working with the team to build a vision for the next era of Windows," and has been in awe of the Insider community.

"We often say that products are a reflection of the people who make them," he said. "I truly believe this and believe that you can see the passion and drive of the Windows Insiders reflected in more than a billion Windows users around the world."

- Earlier this Month: Bill Gates Steps Down from Microsoft Board