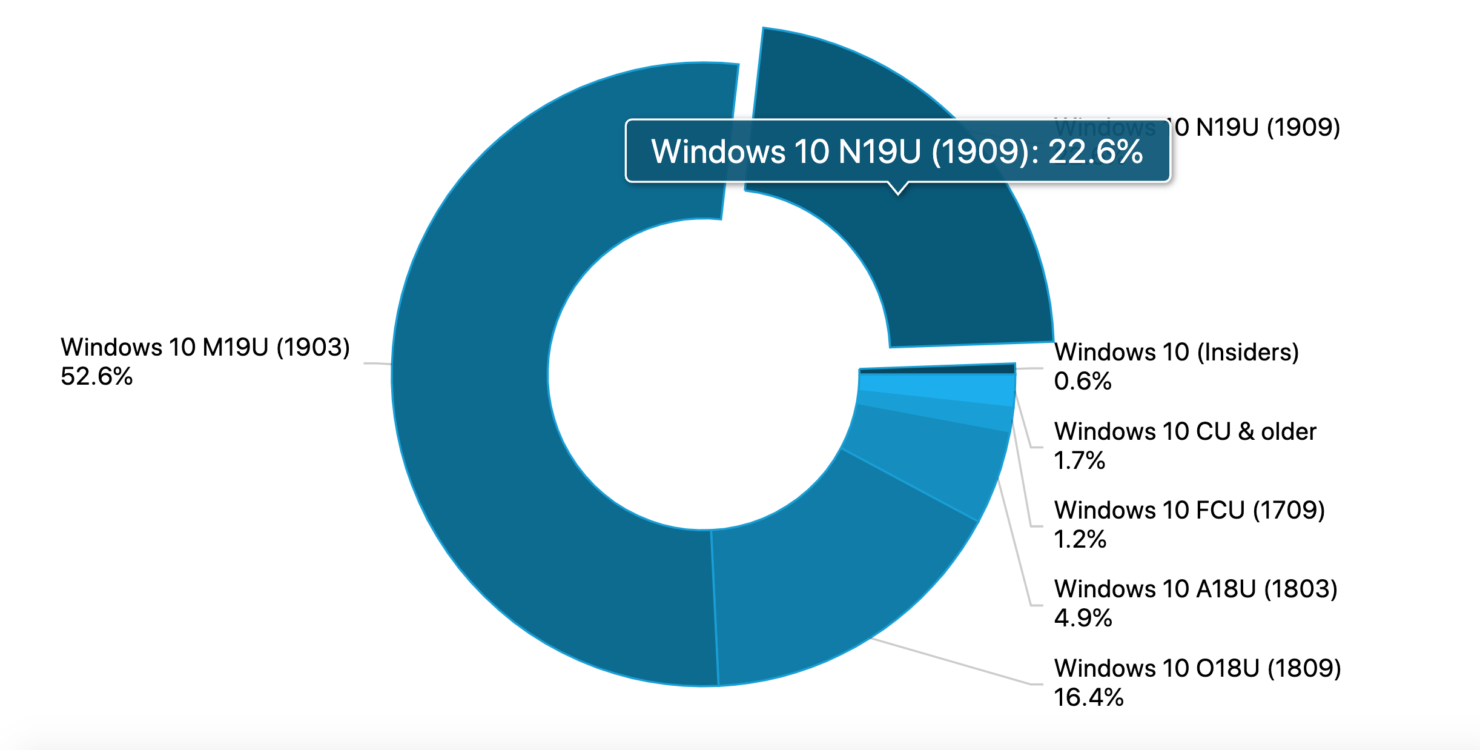 Windows 10 November 2019 Update, version 1909, continues its slow but steady growth rate. The latest operating system version gained 7.4% over the last month going from 15.2% in January to 22.6% this month. While it's not as significant as Microsoft would probably like, but it does mean slowly getting rid of the October 2018 Update madness.

Majority of users upgrading to the November 2019 Update are coming from Windows 10 October 2018 Update and not the May 2019 Update (which, on a relevant note, was a way more stable version than the O18U). "Interestingly, the pattern of the last update cycle seems to be repeating - the bulk of the growth comes from people upgrading from an OS that was one release behind (October 2018 Update) and not the last release," AdDuplex notes.

These numbers aren't official from Microsoft and are based on data from over 90,000 devices running UWP apps. It may not be an accurate picture, but it certainly does manage to give us a glimpse into how fast a particular Windows 10 version gets adopted.