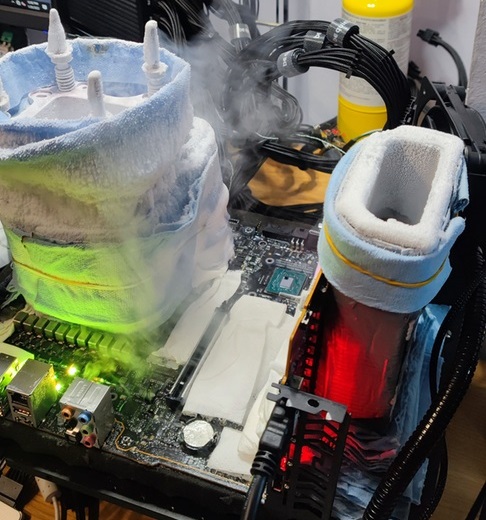 Just yesterday, we reported how AMD's Radeon RX 6900 XT graphics card had been overclocked to 3.15 GHz and went on to break several 3DMark Fire Strike and Time Spy records. Well, it looks like other overclockers were waiting for a new challenger to arrive so they could further push their OC capabilities.

OGS Overclockers, Stavros Savvopoulos & Phil Strecker, from Greece has now pushed his AMD Radeon RX 6900 XT graphics card rocking the Navi 21 XTXH GPU further with the use of LN2 cooling which was also the same cooling used for the previous world record. While OGS had published his 3.3 GHz overclock a while back, the new one is more stable and runs at 3.3 GHz throughout the benchmark run. He also pushed his Intel Core i9-12900K to a very impressive 6.9 GHz across all cores on the ASUS Maximus ROG Z690 APEX motherboard, rocking two G.Skill Trident Z5 memory modules running at 7.2 Gbps speeds (16 GB x 2 capacities). 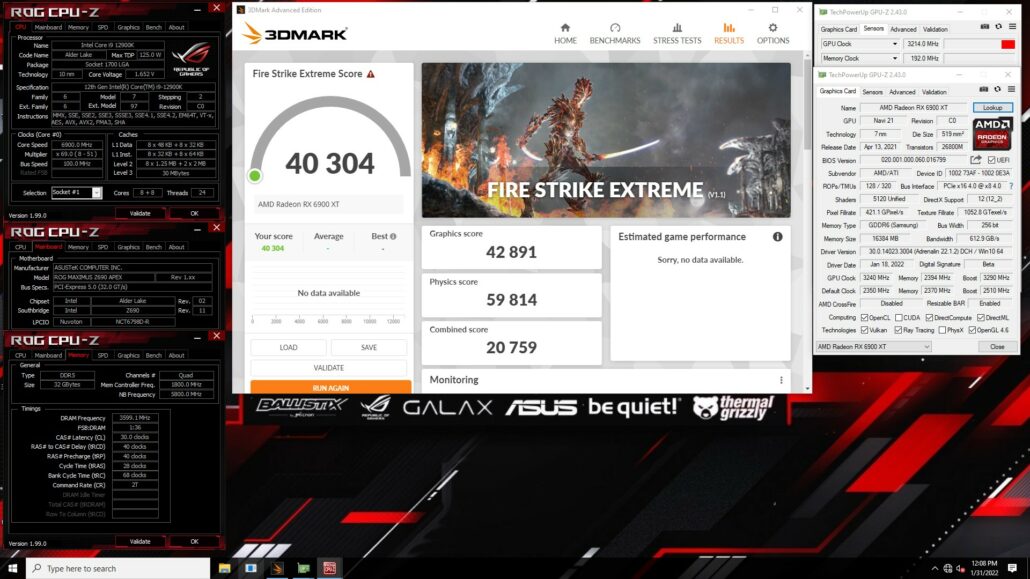 For overclocking, OGS told us that he used a combination of both Igor's MorePowerTool & Elmor's EVC utilities to achieve this world record and had spent a good amount of time finetuning it under water-cooling before finalizing the LN2 overclock run. After all this, one can only imagine if some one is going to hit 3.4 GHz on AMD's Radeon RX 6900 XT graphics card.