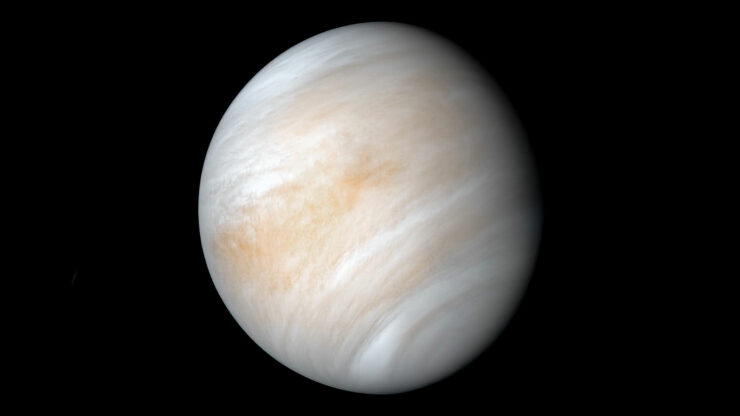 Something amazing just happened a few minutes ago. Scientists have detected an unusually rare and toxic gas called phosphine in the clouds over venus. This is a gas that is usually generated by decomposing processes from biomatter. According to the researchers, there is no other explanation right now that could account for the sheer quantity of phosphine in Venus.

To be clear - this is not a direct observation of life on Venus. Rather it is an observation of a gas that is usually generated by pond slime and dung and is present in such large quantities on Venus that cannot be explained by any natural process. As scientists always say, its never aliens till its aliens and it seems like they have exhausted all other hypotheses as far as the phosphine discovery is concerned. If you thought 2020 could not get any weirder - it just did.

Either phosphine is produced by some sort of chemical or geological process that no one knows about – or there could be a biological reason," said Emily Drabek-Maunder, an astrophysicist from the Royal Observatory Greenwich and an author on the paper.

"Our study isn't conclusive that this is evidence of life. However, what is exciting about it is that we've found this rare gas in the upper atmosphere of Venus.

"It's a step on the way to potentially the discovery of life of some kind in the upper atmosphere of Venus. But we have many, many more steps to go before we can say there's life on Venus."

Here is a collection of some very interesting tweets by other channels on this discovery:

Scientists say they may have discovered signs of life on Venus.

They found a gas called phosphine, mostly linked to animals. Since Venus' surface is about 400°F and somewhat uninhabitable, they say it's possible the gas is coming from microbes in its cooler clouds.☁️👽 pic.twitter.com/eZED5NQHBw

Life on Venus? The discovery of phosphine, a byproduct of anaerobic biology, is the most significant development yet in building the case for life off Earth. About 10 years ago NASA discovered microbial life at 120,000ft in Earth’s upper atmosphere. It’s time to prioritize Venus. https://t.co/hm8TOEQ9es

Scientists say they’ve detected traces of phosphine gas on Venus, which might serve as an indicator of microscopic life. On Earth, phosphine is a poisonous gas produced by microbes, a type of single-celled bacteria. pic.twitter.com/bVNHiJvCT7

Earth may no longer be the sole planet in the solar system where life occurs! https://t.co/CFGjuwrSZj

This discovery is something called a biosignature and is usually considered a solid indication of signs of life. The current hypothesis is microbes in the clouds of Venus (so no little green men). The surface of Venus is hot and acidic so life would be more likely to occur in the clouds which offer much more hospitable conditions to life. Venus is in fact a better candidate strictly speaking for hosting life than mars:

Of course, if this discovery is validated it could have have terrifying effects on our existential crisis. This is because of something known as the Great Filter. Finding life so close to earth significantly increases the chances of the great filter being ahead of us instead of behind us. Here is a very good explanation on the great filter and what it would mean finding life so close to home.

This is a developing story and may be updated intermittently.