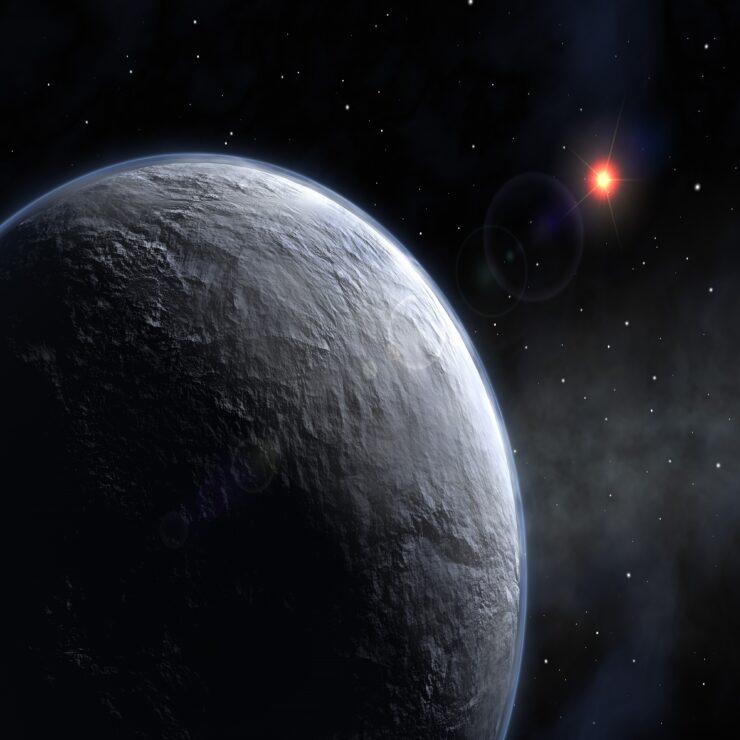 Using a network of telescopes scattered across the globe, including the Danish 1.5-m telescope at ESO La Silla (Chile), astronomers discovered a new extrasolar planet significantly more Earth-like than any other planet found so far. The planet, which is only about 5 times as massive as the Earth, circles its parent star in about 10 years. It is the least massive exoplanet around an ordinary star detected so far and also the coolest. The planet most certainly has a rocky/icy surface. Its discovery marks a groundbreaking result in the search for planets that support life.

Attempts at discovering extra terrestrial life has been the sole aim of many scientists and astronomers but it was only recently that they came remotely close to this discovery.

A team of MIT astronomers just discovered, not one, but Three exoplanets situated just 40 light years away in the constellation, Aquarius. The star these planets orbit is now known as the “ultra cool dwarf star” that emits a faint red glow. Often such stars are very difficult to detect via optical telescopes like Kepler and this star was no exception. This star was discovered using the Transiting Planets and Planetesimals Small Telescope (TRAPPIST), a telescope designed for the purpose of detecting stars like this one. This ultra cool dwarf star is now being referred to as TRAPPIST-1. The interesting thing about this star is that it is the first time scientists have discovered planets orbiting a star that is just 1/8th the size of the sun and which emits light 2000 times fainter than the sun.

But why are scientists so excited about this new found discovery? The answer is fairly simple; these planets orbiting this dwarf star may be the next hosts to life.

“These are the first Earth-sized, potentially habitable options that are well-suited for us to study, because they’re so close,” said Dr. Julien de Wit.

Since this dwarf star is so small and emits energy that is very dim compared to the sun, it is questionable whether this would be enough for life to survive. Planets to close to this star would be too hot and would finish their revolution in the orbit too quickly and the planets further away would be in the dark more often. It is necessary to find ‘sweet spots’ in the orbit where just the ideal amount of energy and light exists that can aid in survival of life.

The scientists are trying to find the size, molecular composition, geothermal activity etc. of the planets. They hope in discovering a planet that is similar in composition to the earth and hence can be a likely host for life. But how are they doing this?

The lead researcher Gillon said, “Relatively speaking, the amplitude from these planets will be the same as that coming from giant planets and more solar-type stars”.

When a planet orbits, around the star, the star’s light has to pass through the planet and reach the telescope. These resulting wavelengths help in measuring molecular make up and size of the planets being researched. Currently, meetings are being held all around the globe and attempts are being made to make a larger telescope with a larger wavelength range that will help scientists in establishing more staunch facts on the atmosphere of this planet trio and any other stars and planets that may be identified in the future. This entire process may take up to 30 years and marks the beginning on a new era in astronomy.

Here's a short clip summarizing everything:

How Planets are Made in Elite: Dangerous Horizons