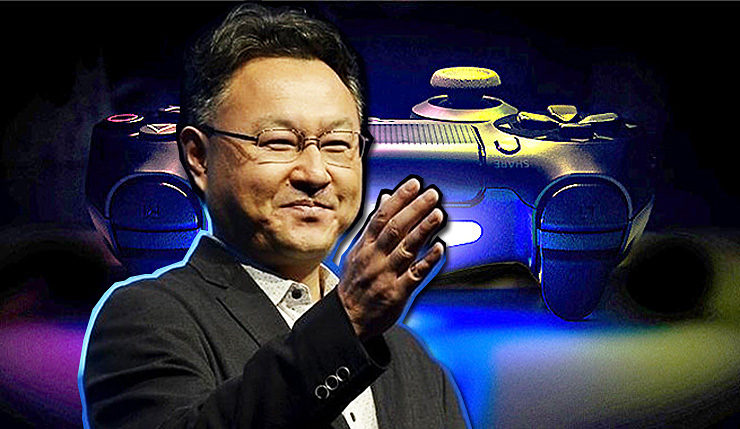 There’s definitely something going on behind the scenes at PlayStation. Recent departures include PlayStation boss Andrew House, SIE Worldwide Studios chairman Shawn Layden, and head of second-party games Gio Corsi, and now we have perhaps the most surprising shakeup yet – longtime Sony Interactive Entertainment Worldwide Studios President Shuhei Yoshida is stepping down. Yoshida held his position since 2008 and has been a key part of the PlayStation team since it’s inception in the early 90s. A large portion of PlayStation’s biggest franchises were created under Yoshida’s watchful eye.

Yoshida will be replaced in his role by Guerrilla Games (Horizon Zero Dawn) co-founder Hermen Hulst. PlayStation boss Jim Ryan had this to say about Hulst…

Hermen is one of the most effective and well-respected leaders in the video game industry. He is a passionate advocate for the teams he leads and understands how to empower creative talent to build great experiences. Worldwide Studios is a critical part of the future success of the company, and we must deliver on the promise we have made to gamers to create imaginative and exciting content that is truly unique to PlayStation. I have no doubt Hermen can lead our teams to deliver compelling and diverse experiences at a steady cadence.

Shuhei Yoshida won’t be leaving Sony, he’ll instead be working with indie developers as part of a “new company initiative.” Sony has fallen somewhat behind in recent years when it comes to securing indie exclusives, so Yoshida will still be doing important work, but there’s no doubt this is a demotion.

Yoshida stepping down as SIE Worldwide Studios comes admist rumors of a power struggles and a lack of direction at PlayStation as the release of the PS5 looms. Specifically, it seems like new PlayStation boss Jim Ryan is making moves to consolidate his power. Do these backstage battles have anything to do with Yoshida’s change of position? I have no idea, but it’s hard not to speculate.

What do you think about the latest shakeup? Is Yoshida stepping down something to be concerned about? Or is it on to bigger and better things with Hulst at the helm?