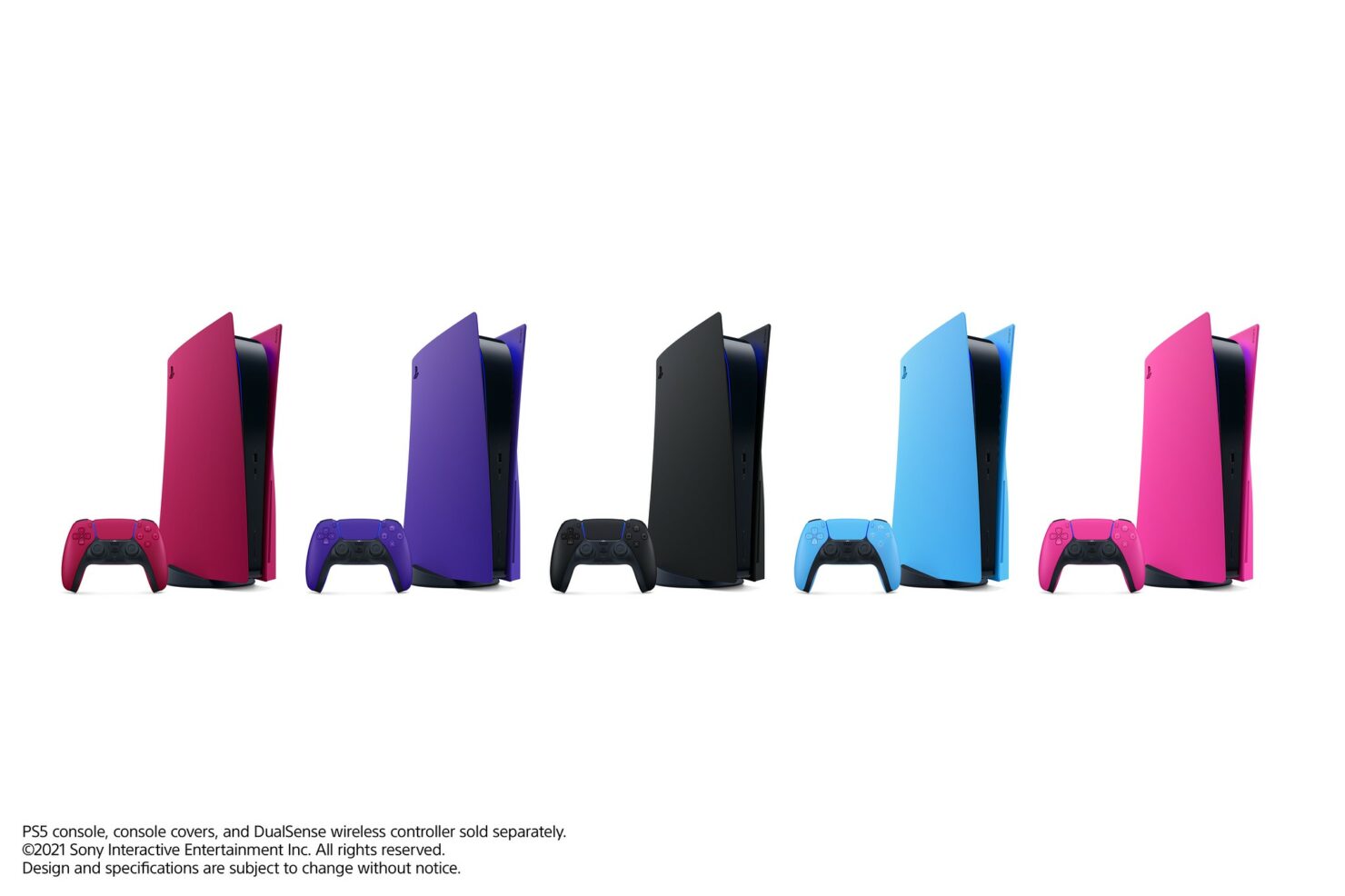 New PlayStation 5 console covers and new DualSense colors have been announced today for a January 2022 launch in select territories.

The new PlayStation 5 console covers will also start launching in January 2022. The Midnight Black and Cosmic Red covers will be the first ones to launch, followed by the Nova Pink, Galactic Purple, and Starlight Blue, which will all launch in the first half of 2022. Official pricing hasn't been revealed, but it looks like they will cost $54.99, according to the PlayStation Direct listing.