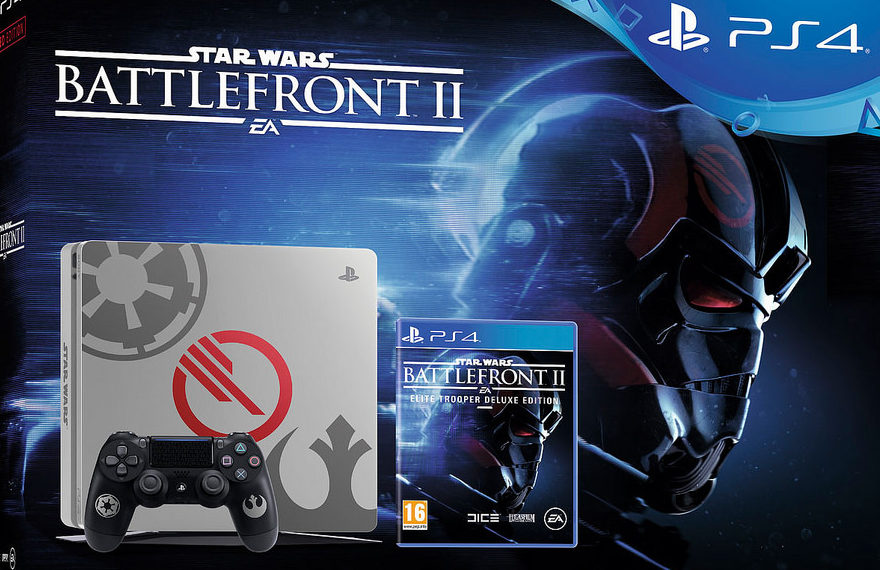 The two new bundles were announced on Sony’s official PlayStation US blog. The limited edition PS4 Pro Star Wars Battlefront II bundle includes a customized PS4 Pro console with matching DualShock 4 wireless controller, and a physical copy of Star Wars Battlefront II Deluxe Edition. The console itself has a mirror finish and is decorated with the iconic Galactic Empire and Resistance emblems, as well as the emblem for the Inferno Squad.

SW Battlefront Infographic Reveals That Players Prefer ‘The Dark Side’