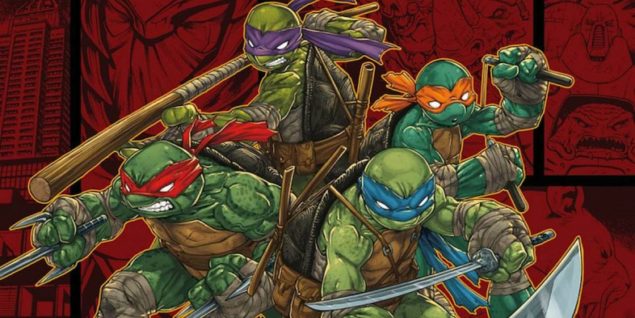 According to the Xbox Store, Teenage Mutant Ninja Turtles: Mutants in Manhattan weighs in at 8.13GB. A pretty miniscule size, with recent titles filling up to 50GB on your console’s hard drive.

Battle alongside your brothers through the sewers, subways and streets of NYC to take down Shredder and Krang's evil organization Foot by Foot. Unleash custom combat skills and powerful team combos to save Manhattan from the swelling dark forces that have overtaken its shadows.

Experience the game in a whole new way when you challenge your team in 4 player online co-op mode!

A week ago, we reported that the game had been listed on Steam as well. On the game’s steam page, the system requirements for the title were revealed. A minimum of 7GB of free space is required for the PC version.

A brand new trailer for the action game, was released last week as well. Check it out down below, which features plenty of action, with the four Ninja Turtles dealing with hordes of Foot clan soldiers. Also seen in the trailer are some of the most dangerous villains of the series such as Shredder, Rocksteady and Bebop.

Teenage Mutant Ninja Turtles: Mutants in Manhattan will be released during Summer 2016 on PlayStation 3, PlayStation 4, Xbox 360, Xbox One and PC.