Two days ago Teenage Mutant Ninja Turtles: Mutants in Manhattan, the new action game based on the TMNT franchise currently in development by Platinum Games, has finally been revealed officially with a brand new trailer. The game will be released on consoles and PC later this year and a few hours ago the official Steam page has gone live, revealing the minimum system requirements for the PC release. 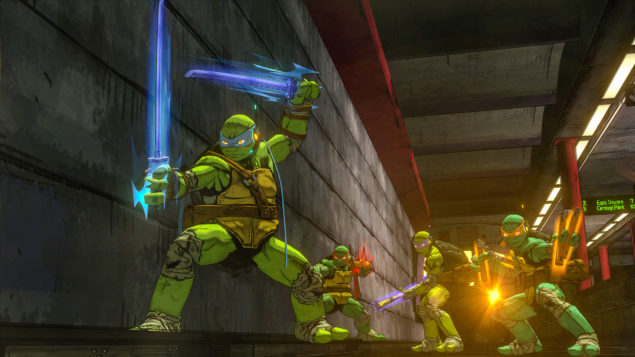 With Teenage Mutant Ninja Turtles: Mutants in Manhattan also launching on PlayStation 3 and Xbox 360, it's no surprise that the PC version of the game won't be extremely demanding at low settings. Here's the full details of the minimum system requirements.

Not considering the minimum system requirements, the Teenage Mutant Ninja Turtles: Mutants in Manhattan Steam page doesn't reveal anything that we did not already know. The game will allow players to control the four main characters of the series as they deal with some of their more powerful enemies such as Bebop and Rocksteady while trying to save the day once again. The Steam page doesn't make mention of any local co-op feature so it really seems like online co-op will be the only multiplayer option.

Teenage Mutant Ninja Turtles: Mutants in Manhattan will be released during Summer 2016 on PlayStation 3, PlayStation 4, Xbox 360, Xbox One and PC. More on the game is surely going to come in the next days so stay tuned for all the latest news on the latest Platinum Games developed action game.