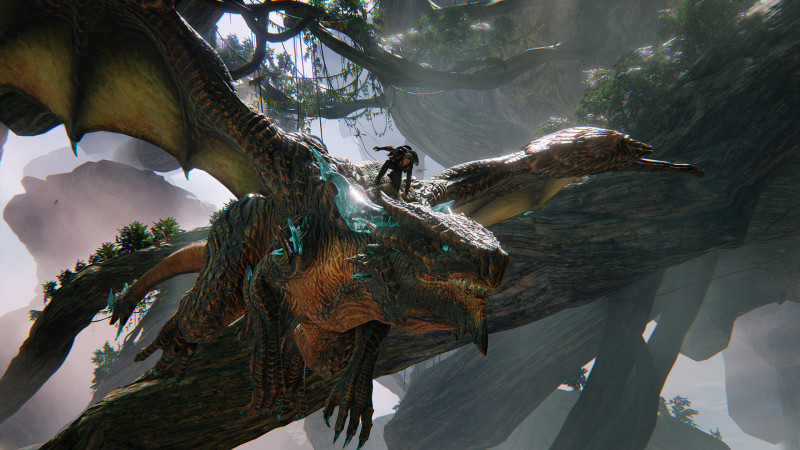 Scalebound developer Platinum Games has commented on the recent cancellation of its upcoming action-RPG. Game director Hideki Kamiya took to Twitter to share his thoughts on the matter as well.

The RPG, revolving around Drew and his dragon Thuban, was called off earlier this week. The exact reason for Scalebound cancellation isn’t known at this point, but apparently, development was rough and several milestones were missed. Recent rumors claim that, due to the game's troubled development, game director Hideki Kamiya had to take time off for his mental health. In a recent tweet however, Kamiya denied this:

Microsoft’s head of Xbox, Phil Spencer, already stated that the decision to cancel the title was difficult, but better for Xbox gamers in the end. In an official blog post, Platinum Games has now commented on the cancellation as well.

“We’re sorry to say that on January 9, 2017, Microsoft Studios announced the cancellation of Scalebound”, reads the statement from Kenichi Sato, President and CEO of Platinum Games. “We are very disappointed things ended up this way, especially since we know many of our fans were looking forward to this game as much as we were”.

“Going forward, we will strive to continue delivering high-quality games to you, starting with NieR:Automata in March, and including products like GRANBLUE FANTASY Project Re:Link and LOST ORDER in the future. We will keep working hard to meet your expectations and we look forward to your continued support!”, he added.

The game's director, Hideki Kamiya, also commented on the matter by and shared to be sorry to share such bad news at the start of the year.

As you may have already heard, Scalebound has unfortunately been canceled. I'm very sorry to everyone who was looking forward to this game.

Sorry to bring you such bad news at the start of the year. All I can do for you is to promise to keep delivering fun games.

Kamiya added that he will work extra hard to prevent disappointments in the future.

I'll work extra hard to never have to let you down like this again, so I hope you will keep watching over us in the future too.

The action-RPG was initially slated for a global release on Xbox One/Windows 10 PC in late 2016 but was later delayed into 2017. According to Microsoft’s Xbox team, the main focus is on the upcoming lineup of Xbox/Windows 10 titles.