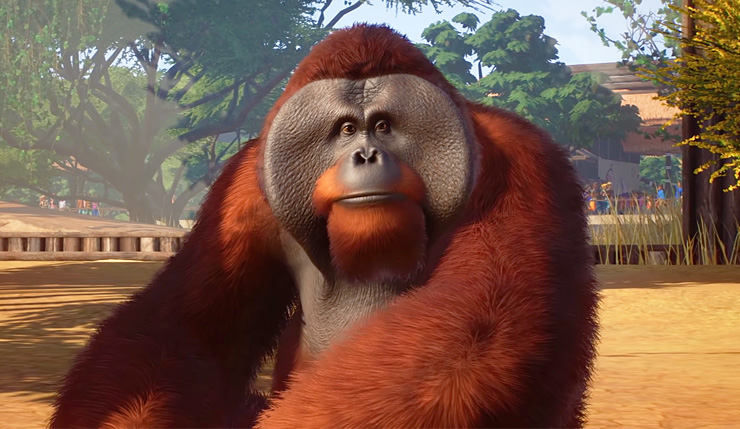 Just can’t wait to meet Planet Zoo’s menagerie of wild critters? The game doesn’t launch until November, but, thankfully, animal lovers will get to try the game out early, next month. The Planet Zoo Beta includes the first mission from the game’s Career Mode and the ability to play around with one biome in Franchise Mode. Here’s a trailer for the beta.

A new story awaits in Planet Zoo’s narrative-driven Career mode. Players will be introduced to a cast of colourful characters in a globe-trotting campaign, placing them in charge of zoos around the world. The beta includes the first scenario, introducing players to zoo management and a selection of animals from the full game, including a number of as-yet unrevealed animals.

While we’re at it, here’s a meaty lion-worthy chunk of new Planet Zoo gameplay, showing off one of the game’s Career Mode scenarios.

Anybody who pre-orders Planet Zoo gets access to the beta, which runs for two weeks from September 24 to October 8. Of course, there will also be a Planet Zoo Deluxe Edition, which costs $55 (the standard version is $45) and includes three exclusive animals (the Komodo dragon, pygmy hippopotamus, and Thomson’s gazelle), a soundtrack, and various high-quality wallpapers.

Planet Zoo scampers onto PC (including Steam) on November 5. I recently got to chat with Frontier about creating the game’s incredibly lifelike animals, the possibility of partnering with real zoos in the future, chimpanzee nose picking, and more – check out the full interview here.