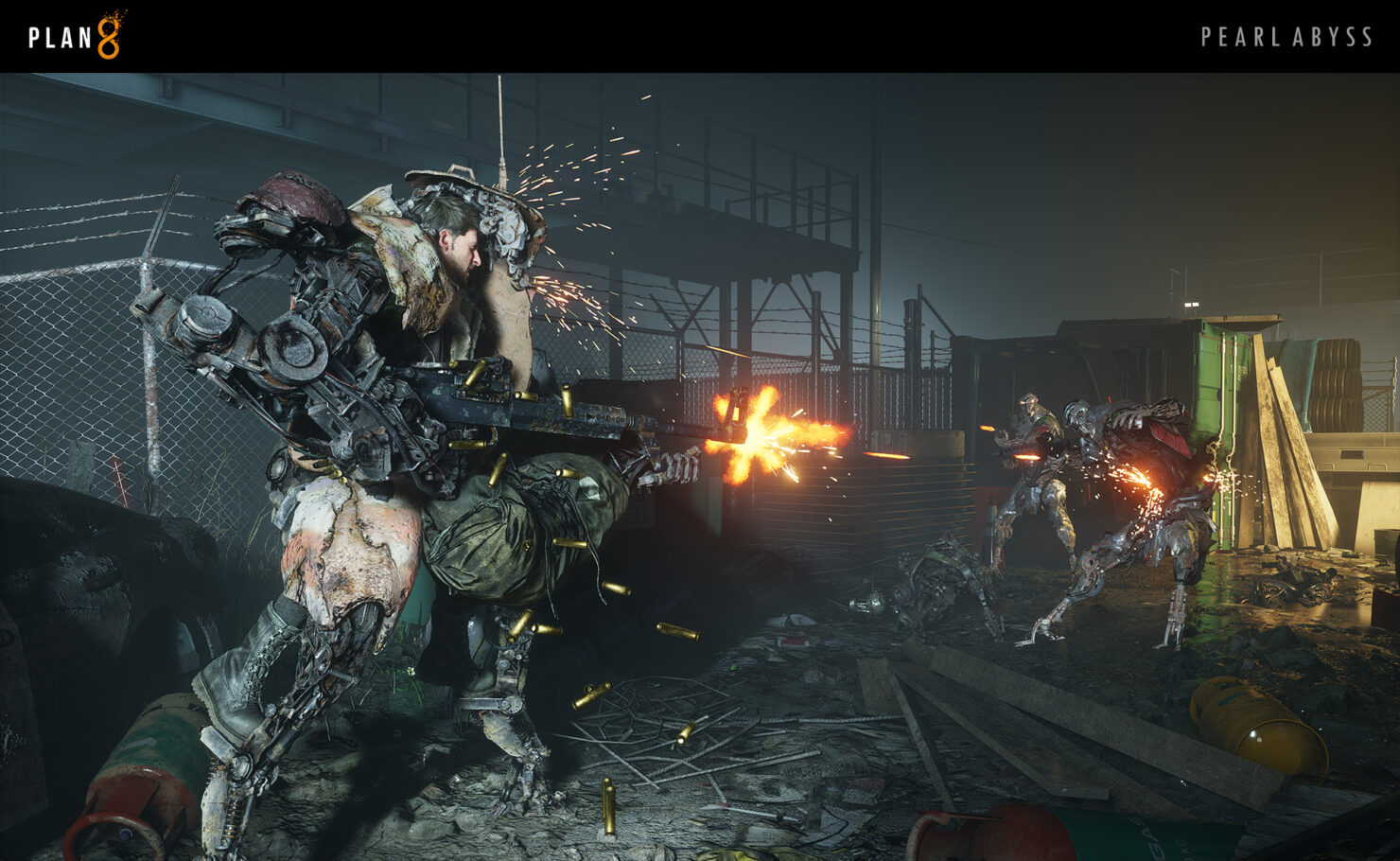 One of Pearl Abyss' biggest surprises to come from G-STAR 2019 was the announcement of their first shooter, PLAN 8. Helmed by Counter-Strike co-creator Minh Le, this sci-fi shooter suits up players in a wide variety of exosuits that you can check out in the screenshots below.

Did you miss the first reveal of PLAN 8 during Pearl Abyss Connect 2019? Not to worry, we have you covered with the official announcement trailer below.

No dates for PLAN 8 have been announced by Pearl Abyss as of yet. It might be safe to say this is one title we'll be hearing about for a long time! PLAN 8 is currently in development for both PC and consoles (no target platforms announced).