GTA V is without a doubt one of the most biggest and the most costly open world title ever to be released in gaming history but that isn't all. In addition to the endless amount of missions and free roam, GTA V is set to deliver the most revolutionary open world experience ever to date. 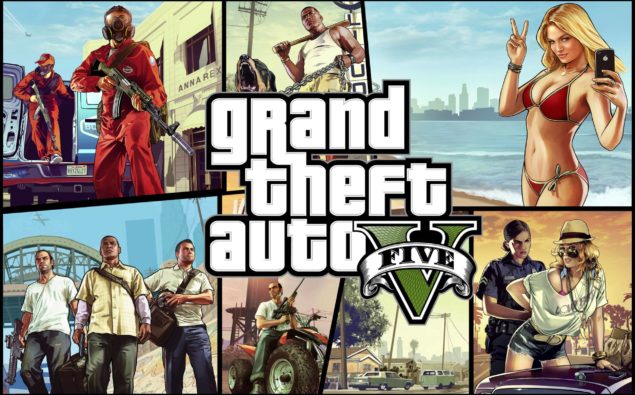 The map size is humongous but it could be a pain to roam from one end of the map to another, Rockstar has thus featured not one but for the very first time three different protagonists in the game each with their own lifestyle, missions and story. Each character has a dynamic experience and offers a seamless and cooperative experience during the games. Whether it be Michael, Franklin or Trevor, each character's story line is going to play a major role in the game's base story line.

The most notable change to Grand Theft Auto V is the fact that there isn't just one antihero gamers will rally behind. While it seems that rich, retired bank-robber Michael De Santa is the star, co-stars Franklin and Trevor are equally essential: both in the narrative and the heists. Each one has special skills and a rich story. For example, we know that Michael has a bullet-time ability, which will make shootouts easier. Franklin's good with weapons too, and he’s quite strong, but he’s best behind the wheel of a car, thanks to his current job as a repo man and his past as a gang banger. Trevor's the wild card, and while he still has some impressive flying skills (since he's a veteran and was a pilot with the military), his greatest skill is the ability to fly into a berserker rage, dealing out more damage than usual to anyone unfortunate enough to cross his path while also having a defensive boost that will protect him from people attempting to retaliate. via CheatCodeCentral

In addition to the story line, GTA V is set to deliver one of the most amazing and diverse open-world experience ever in the form of single player and also multiplayer when the GTA Online goes live on 1st October 2013.

We already detailed a set of top 10 features which we are looking forward to the most with GTA V but it turns out to be that the game has alot more to offer. From crashing jets to driving super cars and a tons of missions that are said to last over 100′s of hours of the true american dream:

“LA is this embodiment of 20th century American desires: the houses, the gardens, the tans, all slightly fake,” Houser says. “It’s the end of the western world – the suns sets and then it’s tomorrow. But the industry is movies or, equally phoney, real estate. It’s people trying to escape their pasts and reinvent themselves. If GTA 4 was a classic New York story, this is the endpoint of the American dream."

The game has a large list of soundtracks with a total of 15 radio stations varying in different genres as detailed by Rolling stone. The map of the game is gigantic, Rockstar crafted a Los Santos that even makes Skyrim look small and you can see a comparison posted below between the map of GTA V and GTA IV. The map has several key points and locations which you can free roam to if you don’t want to do the main quests. There’s tons of places to explorer and each country side area is filled with animals so the open world doesn’t feels too barren to players:

“Because of the scale of the map and the different kinds of areas involved, a countryside without animals would feel quite hollow,”“At the same time, animals aren’t just a backdrop – you can expect to see dogs guarding areas and causing the player trouble when they try to sneak past them.”

GTA V is a blockbuster title that goes live on 17th September on the PS3 and Xbox 360 consoles. Several leaked gameplay videos can be viewed here.

Don’t forget when the game is released next week to check out all the cheats, secrets, easter eggs, unlockables, and more for GTA 5 - Xbox 360 and GTA 5 - PS3 at Cheat Code Central.