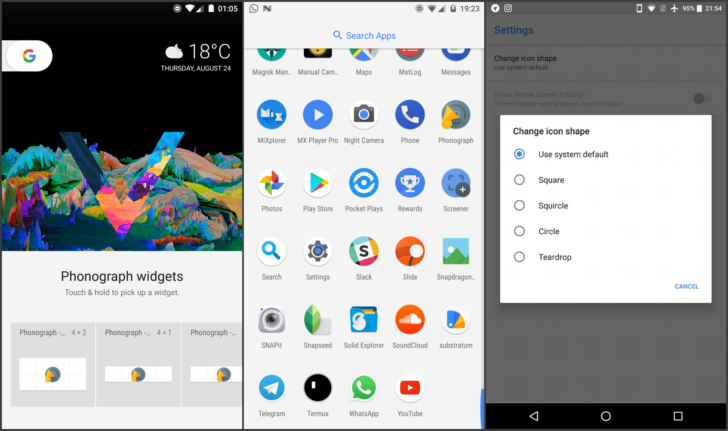 Now that Google has made Android 8.0 Oreo official, it is now the turn for launchers to adopt the functionality and bring out their iterations. The first in the line is Pixel launcher version from developer AmirZ that has been updated with Oreo features. To recall, the first iteration of the launcher showed up in June 2017 bringing Google's Pixel Launcher to all Android device. Following the same trail, the version 2.0 is also available for all devices.

Pixel Launcher by AmirZ is based on the Android Open Source Project’s Launcher3, geared with nifty modifications from the developer. It looks and functions like the original Pixel Launcher found on Pixel phones. With the version 2.0, you will now be able to swipe down from any screen on your Android device to access the notification panel, change system icons without the need of turning on developer options, direct access to default calendar app just by tapping on the date widget on home screen.

Besides, there are other small additions like the Pixel Blue accent colour in the launcher settings menu. One cool feature on this version is coloured notification dots (notification badge on Oreo) for devices running Android 6.0 Marshmallow and above.

List of additional features that come with the version 2.0

You can download the Rootless Pixel Launcher 2.0.2 APK from here, there have been some issues on the 2.1 file that was posted earlier by AmirZ. Being an APK file, download it at your own risk as Google has not verified it.

Those who are unfamiliar with the APK file sideloading process, here's how you can install the Pixel Launcher 2.0. Before we proceed, make sure you uninstall the previous Pixel Launcher version that you have on your phone.

Will you download the Pixel Launcher for your phone? Let us know in the comments section below.