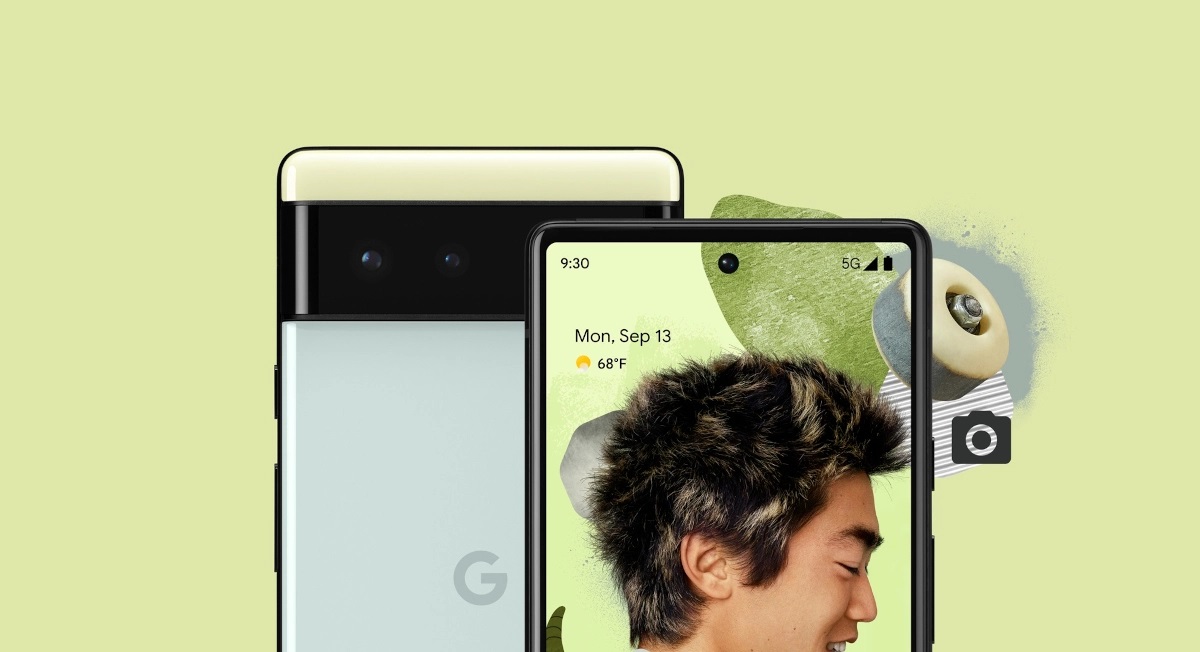 Google is one of the few companies that decided to distance itself from Qualcomm and its chipsets, and that included its 5G modems. As such, its only other option was Samsung, who not only has been reported to mass produce the custom Tensor chip but also provide the technology giant with 5G modems.

Unfortunately, when it comes to speed and other areas, there is no wonder why Qualcomm has cemented its position as the leading 5G baseband supplier for major smartphone makers. In the latest tests, the Pixel 6 Pro with Samsung’s Exynos 5G modem struggles considerably.

Qualcomm’s 5G Modems Are Not Just Faster but Have Better Signal Strength Than the Chips Found in the Pixel 6, Pixel 6 Pro

The tests performed by PCMag show that the Snapdragon X60 running in the Galaxy S21, which also features the Snapdragon 888, is faster than the Exynos 5G modem running in the Pixel 6 and Pixel 6 Pro. Not only is Qualcomm’s latest and greatest baseband chip faster as it achieves more than 2Gbps download speeds compared to the Pixel 6 lineup’s sub-1Gbps threshold, it also manages to attain better 4G and 5G signals. 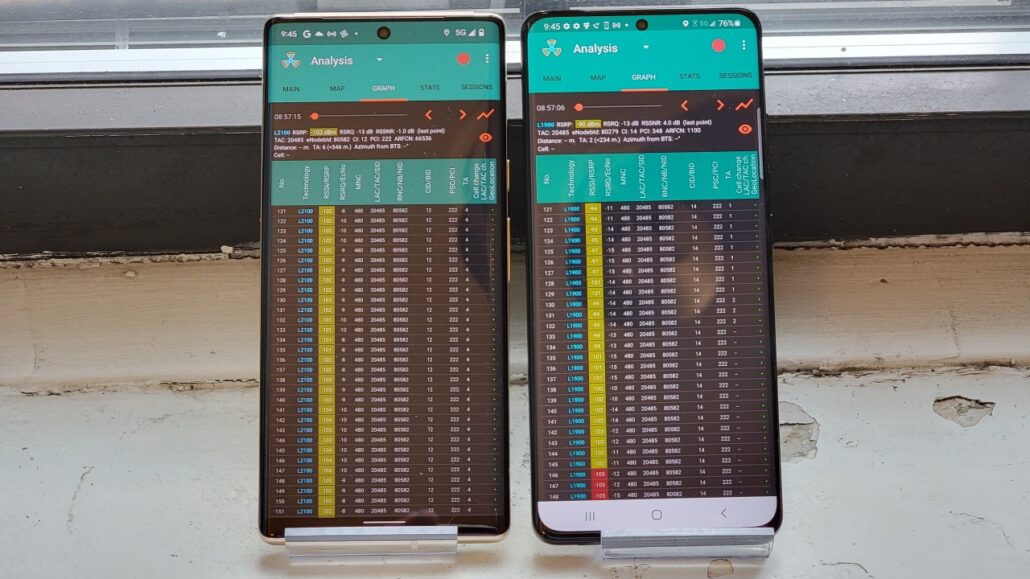 Testing out both the Galaxy S21 and Pixel 6 Pro on T-Mobile’s and Verizon’s networks, the Galaxy S21 was able to capture better LTE signals. Also, in the mid-band 5G networks, Samsung’s current flagship outperformed the Exynos 5G modem in six out of seven tests. However, in one area where the where the Pixel 6 Pro appeared to gain the upper hand was in the low-band cellular signal in rural areas. 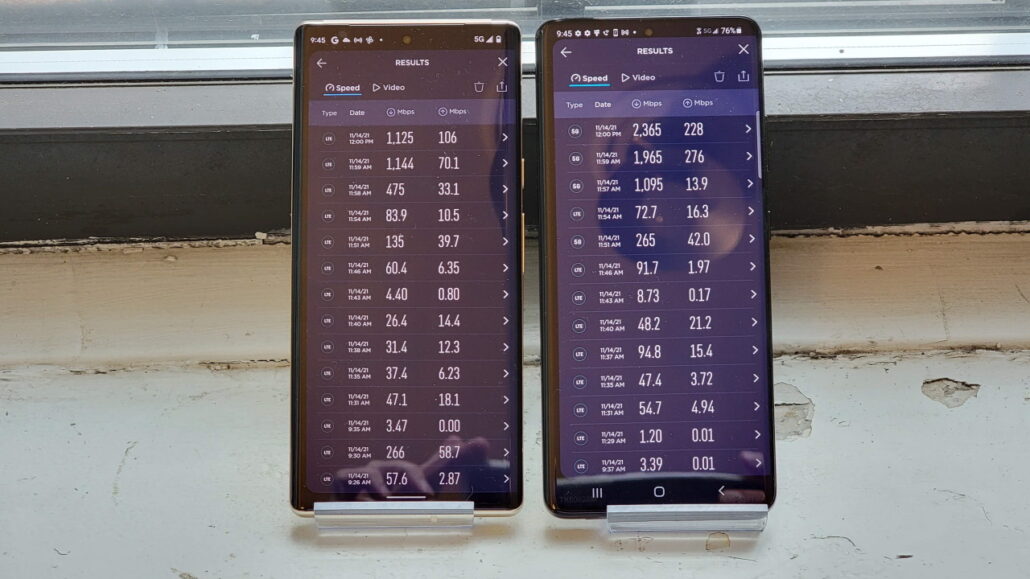 Otherwise, the Snapdragon X60 effortlessly beat the Exynos silicon, which is also the reason Apple does not rely on Samsung for its baseband chips and gives all orders to the San Diego chipset maker, at least for now. Qualcomm has managed to extend its lead with the unveiling of the Snapdragon X65 5G modem a while back, and we will likely see it getting integrated into the Snapdragon 8 Gen1. 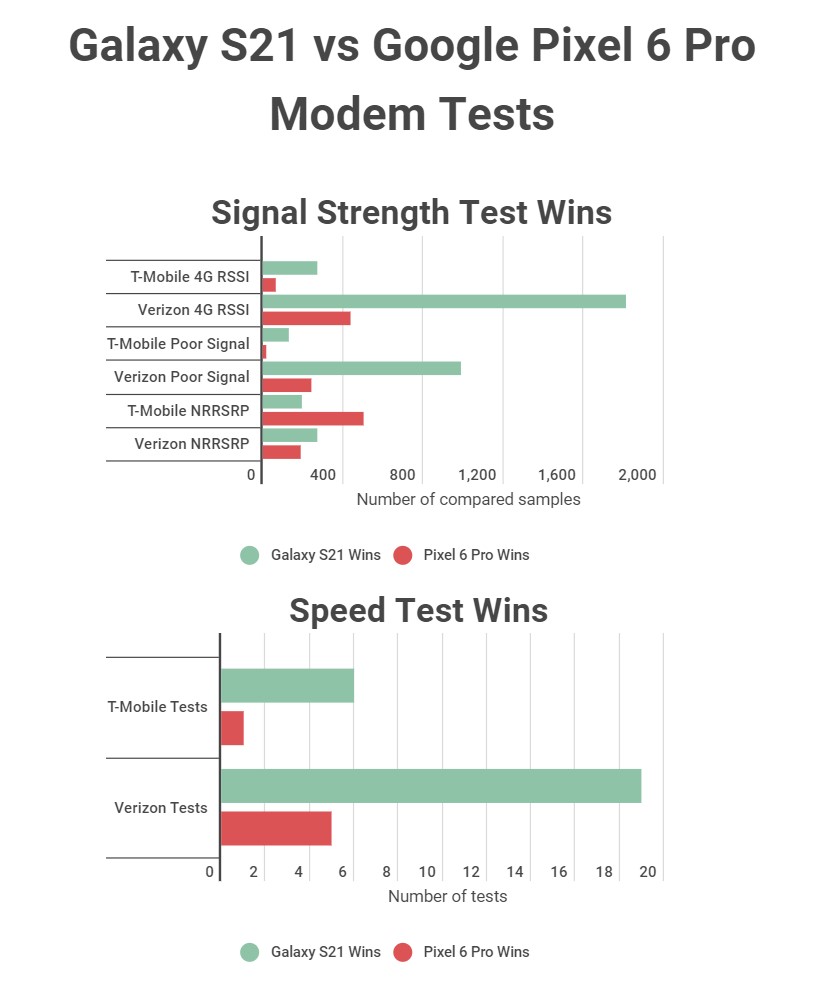