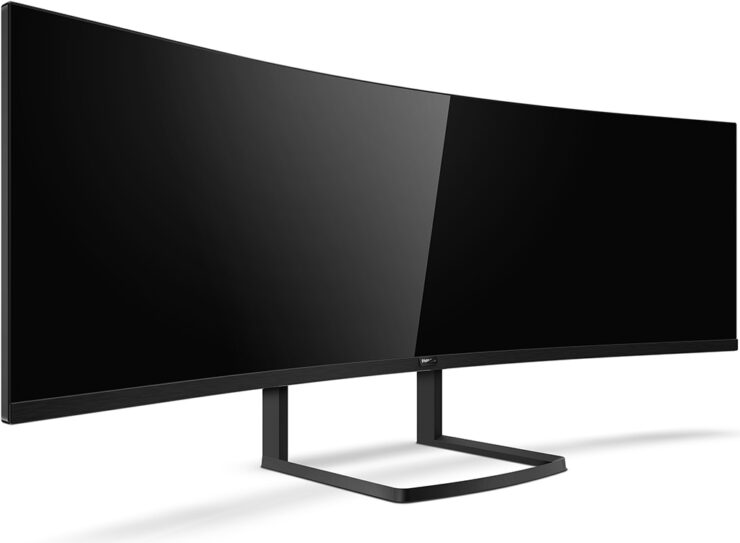 Today EPI, the North American brand license partner for Philips monitors announced that its Philips Brilliance 49-inch 492P8 Curved Super-wide LCD display will be coming to U.S. markets with a new QHD display in Q4 of 2018. Anandtech reported in September that it will be priced at $899 EUR ($1,114)

This week, the display earned a 2018 iF Design Award. One of the most important design prizes in the world, iF Design Awards are hosted by the world's oldest design association, iF International Form Design GmbH in Hannover. This award testifies to Philips' commitment to combine increasingly advanced viewing experiences with design excellence. Earlier this year it was announced at IFA, but with a 3840x1080p resolution the same as Samsung's current CHG90 since then Philips has decided to bump the resolution to the aforementioned 5120x1440. 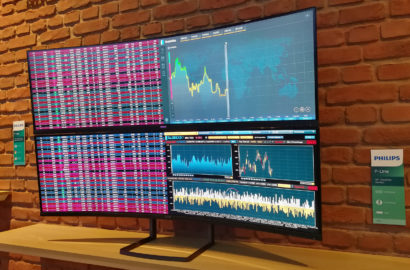 Besides changes in resolution, other specs remain the same. Philips is using the same VA panel as before along with an 1800R curvature, as well as it being rated to deliver a max brightness of 600 nits with a 5,000:1 contrast ratio and 178-degree viewing angles, both horizontal and vertical. There is no mention of the refresh rate, HDR or Freesync reported which its Samsung competitor currently offers as well as a likely higher refresh rate at 144Hz. Connectivity options look fairly robust with DisplayPort, HDMI, USB-C, VGA (D-Sub), USB 3.0 Type-A, and Ethernet ports all on tap.

This seems to be aimed towards professional users rather than gamers as the press release shows professional uses and would fit perfectly to replace multi monitor setups in design studios or the financial industry or any other area where screen real estate is a must.

Aside from Anandtech's report last year we have no data on the pricing but availability is slated for Q4 2018.

Philips Announces the 346P1CRH Monitor, a 34″ Monitor With a 100Hz Refresh Rate