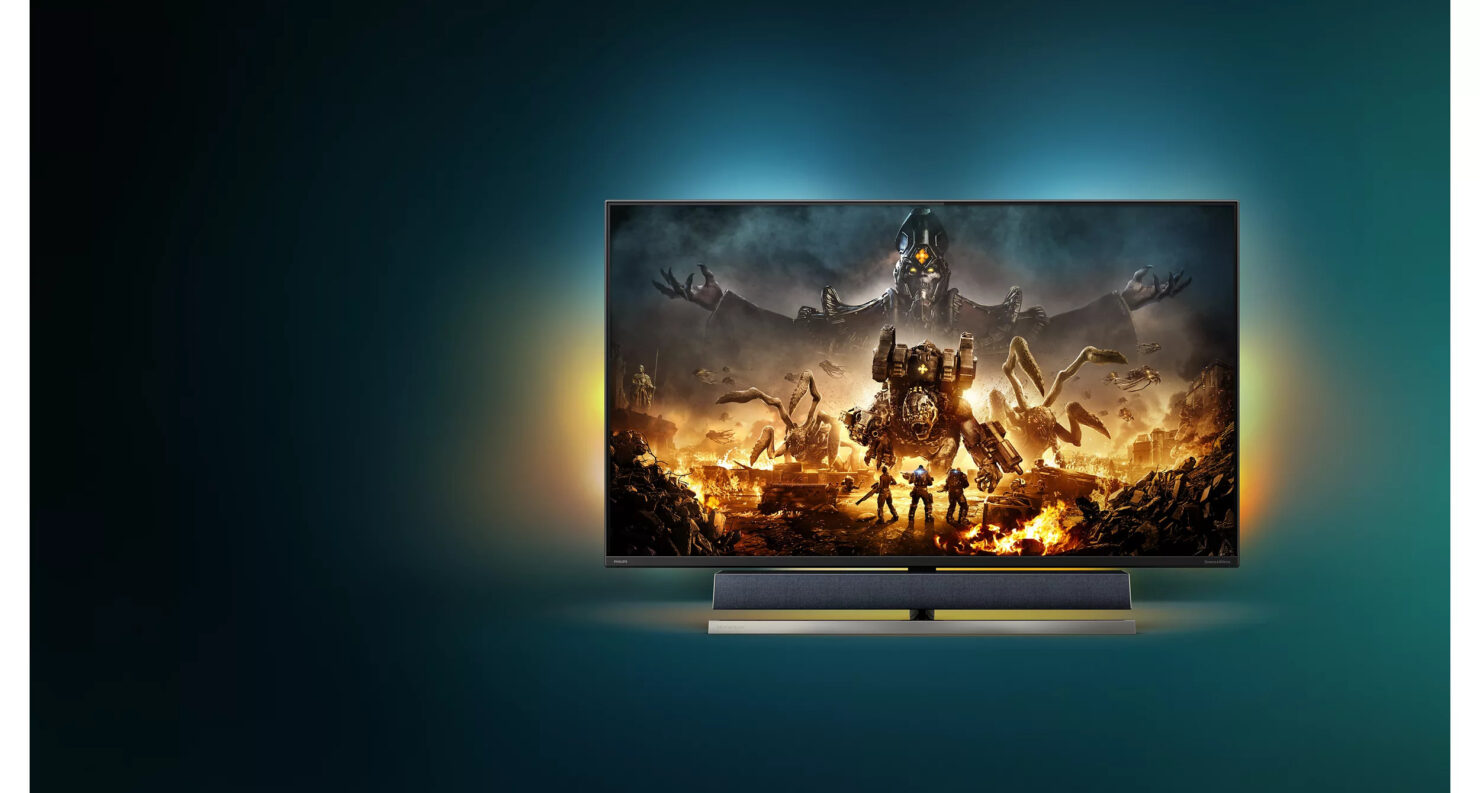 The Phillips Momentum 559M1RYV is a 55-inch gaming monitor, not a television. The monitor features a VA LCD panel with 3840 x 2160 (4K UHD) resolution. The refresh rate of the monitor is 144Hz and the monitor has a response time of 4ms. The Momentum 559M1RYV features a peak brightness of 1,200 nits and is the first gaming monitor to feature the VESA DisplayHDR 1000 certification. In terms of color, the monitor features 95% DCI-P3 coverage. Chris Brown, Philips Monitors Global Product Marketing Lead at TPV, was very excited about the strides that Phillips made with this monitor,

Philips Momentum broke new ground in console gaming as the first monitor to achieve VESA DisplayHDR 1000 certification. We are thrilled that the Momentum console gaming monitors will deliver a new standard of audio-visual experience that will bring out the very best in your Xbox.

On top of the impressive specifications of the panel, the Phillips Momentum 559M1RYV has a specially designed speaker enclosure designed by the engineers over at Bowers & Wilkins. Phillips has even created the Xbox Game Mode which is a mode specially designed to give the best performance while gaming on the Xbox Series X.

The Philips Momentum 55" 4K Designed for Xbox Console Gaming Monitor (559M1RYV) is quite an impressive gaming monitor, but to get your hands one, it will set you back $1,599.99 USD. Certainly, a high price to price for a gaming monitor.