Phil Spencer Talks About E3, Gamescom and 60fps in Games; Comments on Sony’s Absence at Gamescom

Spencer states that having 60 frames-per-second in the game does not make a better game. In response to fans complaining that there is a lack of games on Xbox One that support 60 frames-per-second, he explains that there are a lot of titles supporting the standard, but continues to say that one should not define a game's quality by resolution or frame-rate.

Spencer also commented on the recent announcement that Sony won't be attending Gamescom,

"I saw that news. Makes sense, E3 and GC are very close this year, more challenging on news. Paris show is a good show."

@RMDXBOX I saw that news. Makes sense, E3 and GC are very close this year, more challenging on news. Paris show is a good show.

Responding if he will be attending Gamescom himself, he replied that he will be.

@gohardgohome08 Yes, I'll be there. Few things in the world like the opening of GC show floor on that first day.

Microsoft appears to have accommodated Lab Zero Games and relaxed their ID@Xbox Policy.

@LabZeroGames I'm glad this worked out. Happy to get your input on how we run ID@Xbox. DM me.

Responding to a fan asking whether Microsoft intends to splitting the announcements between E3 and Gamescom, Spencer explains that they value Gamescom as it is one of the largest shows in the world.

@VernAtXboxUncut @iamironwolf Sure, we think GC is an important conference for us. One of the biggest game shows in the world. 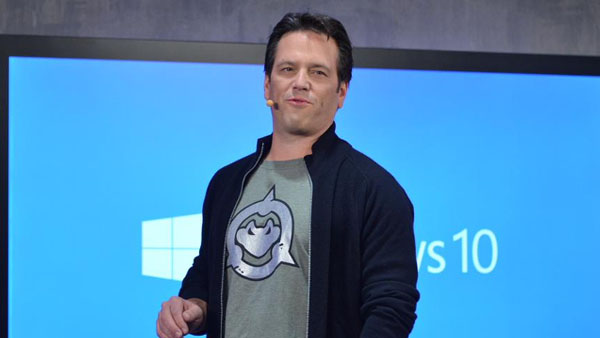 While it is quite true that Gamescom is probably the largest video game event in the world, E3 usually serves as the host to most game announcements and reveals.

Gamescom on the other hand is much larger, and serves as  a great medium for the hugely important European market.

Sony's decision not to attend Gamescom 2015 is certainly quite disappointing. Sony is doing exceptionally well in the European market, so they might see E3 as a more important event to focus on, as it reaches a far wider audience.

I sincerely doubt that Microsoft will hold on to any big announcements either, and go full force at E3, reserving their presence at Gamescom for demonstrations and hand-on experiences of already announced games.

We will be bringing you any new information on both E3 and Gamescom as soon as it becomes available. Be sure to check out our previous E3 coverage, as well as Microsoft's plans here and here.