Both Sony and Microsoft are going to make a huge splash at the upcoming Electronic Entertainment Expo 2014. Both platform holders will take the stage to promote their video game consoles , most spcefically; latest video game consoles, and announce upcoming third party and exclusive video games. We already know how and where to watch Sony and Microsoft E3 Press Conferences, now all we have to do is wait for the E3 and enjoy early leaks, rumors and official details. 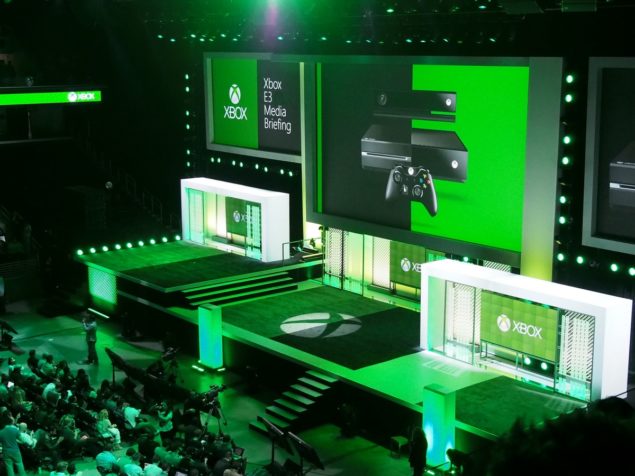 Sony and Microsoft E3 Press Conferences are the two most foreseen events at the upcoming highly anticipated computer and video games industry's annual trade fair. Both the companies have already revealed the schedule plans for their stage conferences. Microsoft E3 stage conference is titled "Game On". It will begin on Monday, 9th June, at 9:30am (PT) at Los Angeles, CA.

Obviously, all the vendors that will appear at E3 are trying to protect their official video game announcements from leaking on the internet before the show, but that does not mean everything is walled. Leaks and rumors are still wandering across the online gaming community and in addition, the officials are also giving out some minor hints and details about their press conferences.

Answering fans' common questions, Phil Spencer, the boss at Xbox, is telling gamers what they can expect at Microsoft E3 Press Conference. Recently, a fan wanted to know what will the company's E3 Press Conference consist of. Spencer replied in a tweet saying: "It's a mix of games from 3rd party pubs, smaller games and exclusive games from 1st party. But you'll judge in just over a week."

@Yankz183 It's a mix of games from 3rd party pubs, smaller games and exclusive games from 1st party. But you'll judge in just over a week.

This means Microsoft E3 2014 Press Conference will not focus on one side only, it will equally balance exclusives, third party and smaller games' announcements. What do you think about Microsoft's E3 Press Conference? Let us know in the comments below.