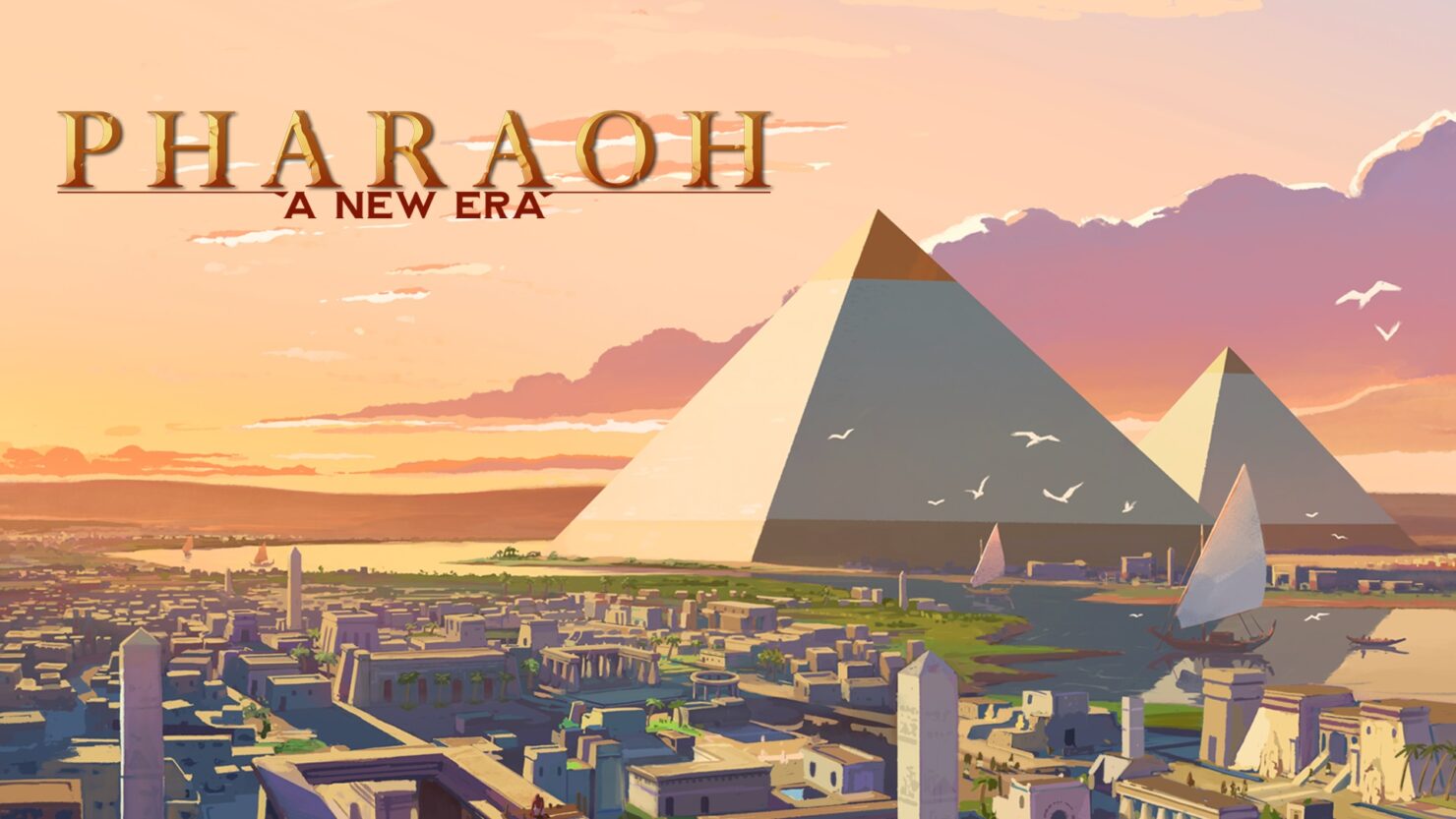 Do any of you remember playing games Caesar and then the later Pharaoh game? It's been 21 years since the original Pharaoh was developed by Impressions Games (Caesar, Lords of Magic) and published by Sierra. Still, I remember playing and enjoying the old city-building games. Fortunately, we're going to be seeing a return of the Pharaoh series with Pharaoh: A New Era.

Pharaoh: A New Era is a complete remake that is being developed by Triskell Interactive (Lethis: Path of Progress) and published by Dotemu, following contact with Activision and having been given the green light to remake the title. Just for a bit of information, Activision owns the IP due to them having acquired Vivendi, who acquired Sierra in 2004 before closing them in 2008.

When I call Pharaoh: A New Era a remake, I mean that in every sense of the word. The source code has been lost, so everything in this game is done from the ground up by Triskell Interactive. Fortunately, having recently having digitally attended an online hands-off preview, I can say that the developers seem incredibly fond of making the game as best as they can.

It shouldn't come as a surprise considering the city-building nature of Lethis, but they are fans of the original. As fans, they want to keep as close to the original as possible. Of course, doing that, they will still bring the game into the future in a few ways. Through visuals, to gameplay, and more, Triskell Interactive is trying to make Pharaoh their own.

I can't say anything concrete about the UI; this wasn't available during the preview. I can say that Pharaoh: A New Era looks great. Now, I'm not going to say it looks top-class, putting it alongside some of the top city-builders out there, but it looks great in its own way. So how does it look great? Well, before I go into the detail of the visuals, I want to say that the colours look great. It's just on the colourful enough side to even make the shades of brown look good against the green and blue.

As for the detail, there's massive attention to detail on all the buildings and how they develop. Even the hieroglyphs have been researched for accuracy and detail. Characters, buildings, and environments are hand-drawn, and the animations are beautifully fluid. For example, one of the entertainment areas you can build will have a person juggling three sticks. That or watch your people tilling the banks of the Nile. This attention to detail is said to be continued in a fully revamped UI and the game, when released, will run at a 4K resolution. Everything I've seen so far looks incredibly smooth.

It's all good me saying the game looks great and smooth, but what is the game? This is a 21-year-old game, a fair few people reading this wouldn't have even been a glint in the milkman's eye at that point. I've already told you that this is a city-building game, but it's a bit more than that. There are elements of military action, but the biggest thought is always about production and supply. The reason for this is that it revolves around what Egypt itself revolved around, the Nile.

As you can see from the images shown, the banks of the Nile are where you'll be planting your crops. However, it will also flood, making that period completely useless to you. You'll need to plan, producing enough crops to stockpile and feed your people during the flood, but also thinking about the luxuries and exports that you can produce to advance your city. What matters is that you don't know how much it will flood by or even when it will flood, or lower. That's when the issues happen, and planning helps.

Like other city builders, though a particular focus here, you are going to be focused around upgrading the houses. This is done automatically by having the right amenities and luxuries nearby. As houses are upgraded, you also get access to even more things like healthcare, law enforcement and religious structures. All of this advancing your city to an even higher level and increasing your kingdom's level and rating.

While some aspects have been made to be as close as possible, including some exploits found in the original by abusing the AI, some aspects are likely going to be welcome. Pharaoh had a military aspect, but this can essentially be turned off, from what I could glean, letting you enjoy the city building and management. When released, Pharaoh: A New Era will include a campaign and free-build mode, the campaign will feature over fifty missions from across the original release as well as the Queen of the Nile expansion, and will also feature a map editor.

Pharaoh: A New Era doesn't have a specific release date; all we know as of now is that it is planned to be released in 2021.