Update: The Persona 5 Royal release date has been officially confirmed by Sega, and a new trailer has been released.

After months and months of teasing, Sega and Atlus have promised to reveal the Western release date for Persona 5 Royal today, but, whoops, seems somebody let the cat out of the bag early! The release date won’t officially be announced for another hour or two, but Amazon Canada went ahead and listed the game early. Thanks to twitter user Lbabinz for catching this.

Neither has been announced, was due to announce today pic.twitter.com/j9PkWBxht0

So yes, it seems Persona 5 Royal will be launching March 31, 2020 and will come with a fancy steelbook if you buy at launch. Sega will also be offering fans the Phantom Thieves Edition, which includes the following for $90: 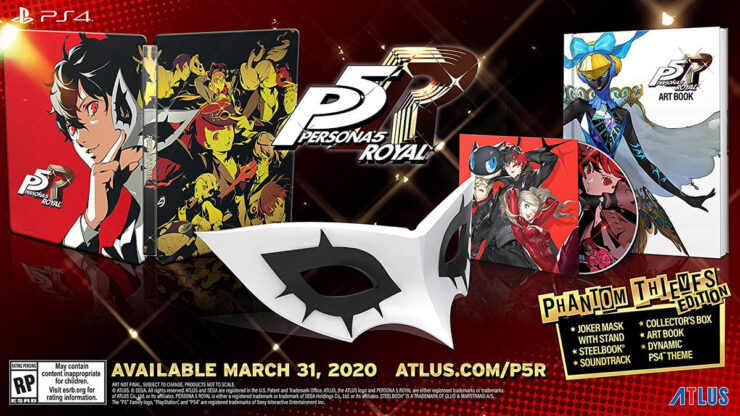 Haven’t been keeping up with P5 Royal? It’s a deluxe version of the acclaimed RPG, which adds new characters, party members, sidequests and story moments, and more! Here’s the official rundown:

We’ll keep this story updated with any additional information from the official Persona 5 Royal release date reveal, which will take place at 9am PT. In the meantime, are you excited for P5 Royal? Anyone already played the original game and planning to double dip?