[Update: Meet the Folks!] Think Apple’s iPhone X Is Too Expensive at $1000? Well, People Have Started to Line Up Already 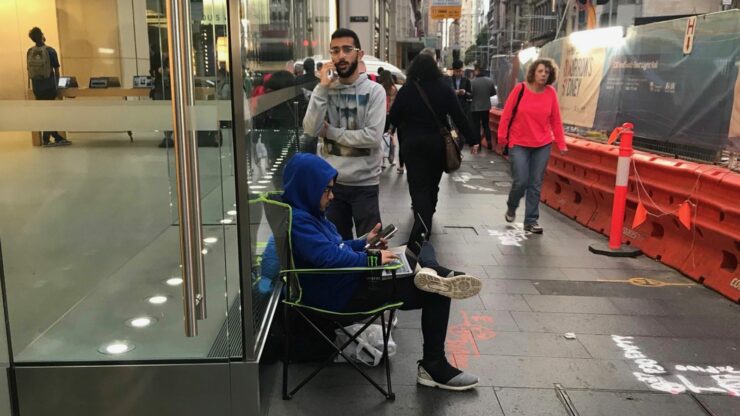 The Cupertino iPhone maker and the so-called "change-bringer" of the world hasn't even announced its next generation of iPhones, and people are already queuing up for the iPhone X...

First reported by CNBC, people in Australia have started to line up for the new iPhone X ahead of the announcement scheduled for tomorrow. While even the announcement will come in over 20 hours, the actual products will take weeks to arrive in the stores. If this report is indeed correct, these campers are in for a long haul!

Australians start lining up for the (US) $1000 iPhone X

Apple hasn't created such a big fuss in a very very long time. Excitement is at an extreme high as the iPhone maker is to introduce some massive changes in its lineup, including the long overdue screen upgrade. Apparently, consumers in Australia can't wait to get their hands on the three rumored iPhone models, one of which is expected to go on sale for as much as $1,000. Here's the picture first posted on Twitter by journalist Luke Hopewell. CNBC has confirmed that the picture is real and current. (Edit: we have now confirmed the authenticity, as well - more at the end of this post)

Two days ahead of the actual announcement itself, the first person has made camp outside the Sydney Apple Store for #iPhone8 pic.twitter.com/7R6TLYrtja

Reports coming in as early as this evening suggested that the new iPhone will be in short supply, which is what could have spurred these fans to camp outside the Sydney store. We will know more about the availability when Tim Cook takes to the stage tomorrow at the company’s brand new Steve Jobs Theater at its Apple Park campus. But, for now it's expected that the new devices will be released no sooner than September 22nd.

If that is indeed true, these campers will have to stay in line for almost three weeks. Well, that's some next level of iPhone-love. [For now, I'm just going to assume that this Mac-person is sitting down for a breather... and yes I can see he brought a lawn chair with him but...]

Back to the actual event, Apple's iPhone X is expected to be the biggest release from the tech giant in a decade, bringing a new glass design with support for wireless charging. If leaks are to be believed, everything that Apple fans have asked the company for over the past several years are going to be introduced in this year's iPhone X. Bringing a bezel-less design, new cameras and Face ID, Apple's iPhone X might just win a few extra hearts this year.

Wccftech reached out to the man of the Apple-hour (). Mazen Kourouche is apparently a YouTuber and is planning to cover tomorrow's release and the subsequent launch of the iPhone over the next few weeks for his followers. "I thought this would be the best way to do so!" he wrote in an email to Wccftech.

When asked which rumored model of the iPhone he is planning to buy, Kourouche wrote that he is falling for the premium version. "I plan on buying the high-end model, depending on what is released (most likely the iPhone X). I have been an app developer and fan of Apples products for years and always love to be using the best and later [sic] technology."

Kourouche is lining up for the new iPhone outside the Sydney Apple Store with two of his friends. An evidently ardent iPhone lover and an iOS app developer, he sent Wccftech his picture with the Apple CEO himself! 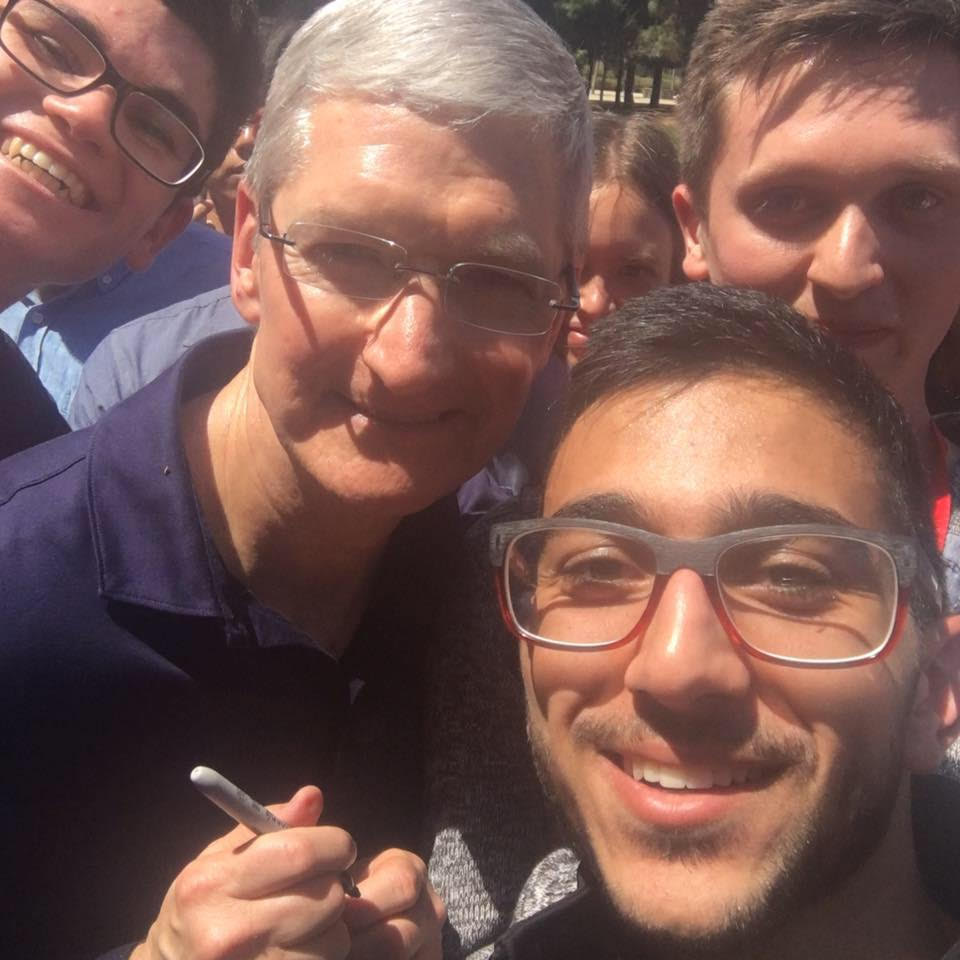