PSM3is a very popular PS3 magazine detailing upcoming games and news, on their newer issue they have shown the Penguin in all his black and white glory, finely dressed while smoking a cigar he looks like a total BAD ASS, now all we need is Mr. Freeze and this could be THE best Batman game ever made in the history of gaming! 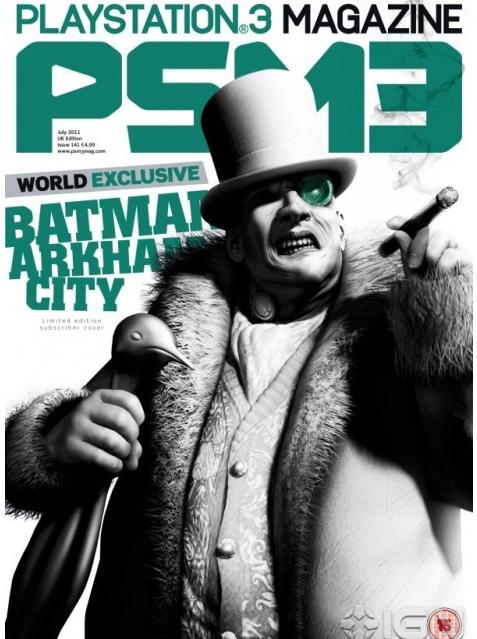 With the Joker, Dr. Hugo Strange, Catwoman and Two-Face already confirmed for the game you can rest assured that the addition of Penguin will definitely make this game even more awesome than before! I for one am definitely looking forward to this game. You can expect this game to hit shelves for PS3 / 360 / PC on October 18th 2011! Mark that day a red letter day otherwise you could miss up on what could be a contender (and possibly the winner) for GOTY 2011.