Batman: Arkham City release date draws closer and closer with the game only a couple of months away from release fans are gearing up for what could be one of the most epic Batman games of all time and maybe even snatch Game of the Year (Multiplatform) from many other games this year, The new trailer shows a familiar face without whom Batman wouldn't be Batman. This villain has come in almost every movie, animated series and is one of Batman's worst enemy. While he was previously confirmed a first class accommodations in Arkham City he has took it upon himself to improve them himself. 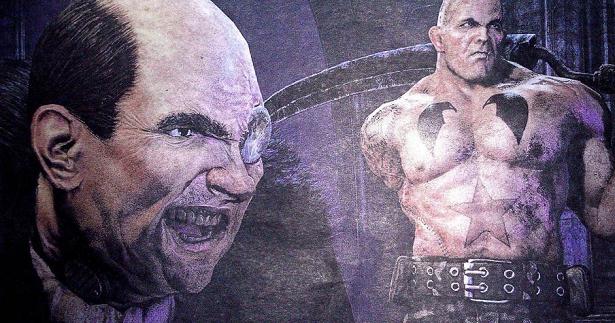 Now who wouldn't know about The Penguin? The bird centric villain of the game has taken it upon himself to fight against the Batman in closed quarters, and Penguin seems to have made a new friend in the trailer; Say hello to the legendary "Solomon Grundy"

Solomon Grundy came in "The Batman" Animated series which aired in the early 2000's but now he is in Arkham City being Penguins personal "Bane" of existence. With an all star cast of Villains and a femme fatale to help Batman you can rest assured that this is going to be a FANTASTIC Batman game and will definitely surpass the original in every aspect.