Star Citizen is the not-so-little PC Exclusive title that the entire Industry is watching, and recently the devs have stated that it is going to natively support 4K and 8K UHD Resolutions. The reason they can easily do this is because of the flexibility they get when they don't have to worry about consoles . 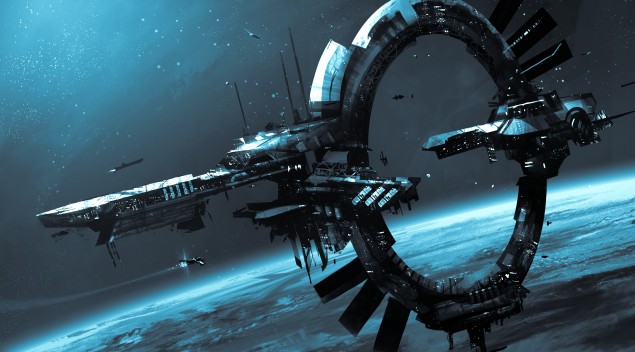 I have been following Star Citizen for a very very long time. I knew about it before the title actually went public on Kick-starter; when it was just an idea floating in a secret forum. And I still have my legacy forum account and Golden Ticket to prove it. Almost two years and some 60 Million Dollars later, Star Citizen now stands as an absolute behemoth in the video game industry. It is the one AAA-Budget title that has dared to break Industry norms and trodden down the path that will give the PC Platform a better identity. Needless to say, pretty much the fate of the entire PC Industry hangs in the balance and it has everything to loose now. If Star Citizen falls, it would be very difficult for the PC Industry to recover and get itself taken seriously again.  So far however, everything is looking real good.

It is fitting that the flagship of PC Gaming will become the first game to support 4k and 8k UHD Resolutions natively. Since the game won't run on consoles due to its absolutely insane requirements, this frees the devs to perfect the game's visuals and mechanics without having to worry about optimizing for low powered hardware. Not to mention the fact that Mr. Robert has stated on occasion that he doesn't care about consoles. Star Citizen will support insanely huge texture sizes, the likes of 8192x8192 and maybe even 16k, to make sure that players don't get blurry textures when playing at high resolutions. This means that ingame entities will look just as beautiful in close up, as they do from afar.

It is worth mentioning, that Star Citizen on 8K Resolution will probably work on insanely high end configurations. Think Tri or Quad GPU configs. Nvidia and AMD better get their scaling issues out of the way by then because, at resolutions and configurations this big, the slightest scaling difference will tilt sales heavily. Needless to say, the amount of people who have got the dough required to run SC on 8K will be very few. Common folk such as myself will be gaming happily at 1440p.