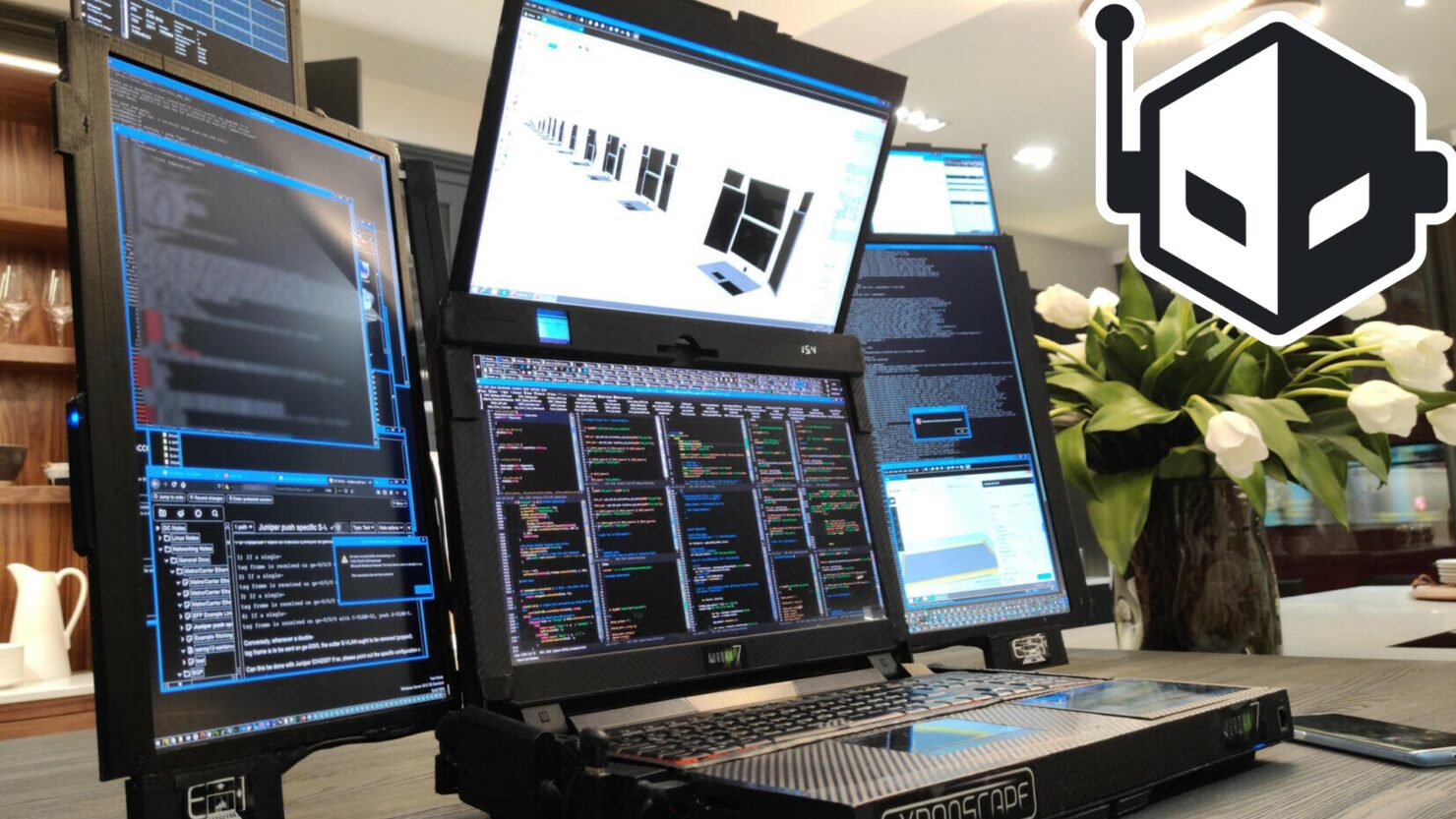 Expanscape has taken the idea of using a mobile workstation and attaching an external monitor to a whole new level. This is shown in the Aurora 7 laptop, which features seven screens in total. Four of the screens feature a 17.3" screen size and a 4K resolution, while the remaining three screens feature a 1920 x 1200 resolution. The Aurora 7 Laptop pricing isn't currently available, but anyone looking to buy can reach out to request a quote.

The Aurora 7 Prototype features seven screens, with four displays having a 4K resolution and three having a 1920 x 1200 resolution

Expanscape's Aurora 7 laptop design is a bit dated compared to the typical laptop design, and This prototype features a bulky design, which may turn away some users. The prototype design is bulky on both the keyboard and screen parts; this extra bulk to the laptop enables the high-end components to be cooled efficiently and for the multiple screens to be easily deployed. This laptop features seven displays in total, with four displays featuring a 4K resolution with a 60 Hz refresh rate and the three remaining displays featuring a 1920 x 1200 resolution with a 60 Hz refresh rate. The Aurora 7 laptop features a weight of 26 pounds but is designed to be a perfect option as a work from home option. 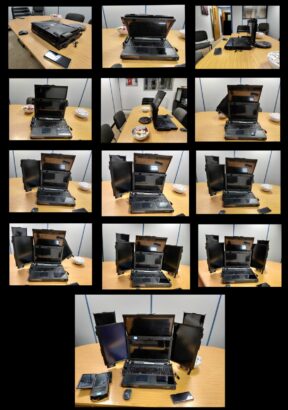 This laptop offers an impressive amount of screens and an incredibly unique way to deploy those screens! Expanscape did release a photo showing how to deploy the various screens and in what order to deploy the screens. The main question that many have regarding this prototype is the use-case.

The Aurora 7 laptop can be equipped with either an AMD Ryzen 9 3950x or an Intel Core i9-10900k processor. Either of these processors can be paired with up to 128 GB DDR4 RAM and up to an NVIDIA GeForce RTX 2070 graphics card. This laptop offers two M.2 drive bays and two 2.5" bays, allowing for up to 8 TB of speedy storage.

The Aurora 7 laptop features two internal batteries having a total of 230 Wh, and under normal workloads, this laptop can operate for two hours and twenty minutes. This laptop is only a prototype, but anyone interested in ordering a unit can reach out to Expanscape.