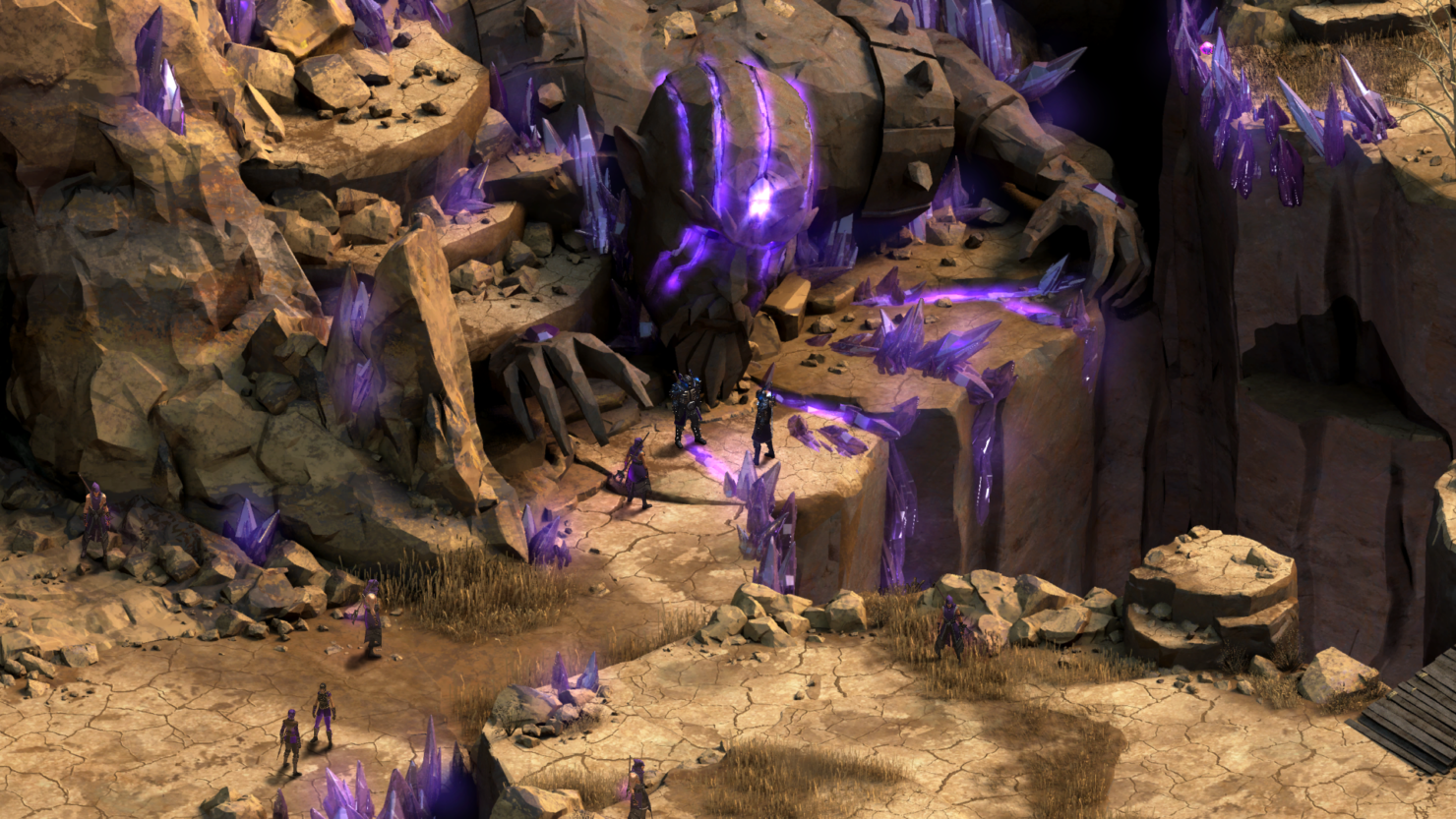 Obsidian Entertainment, the American video game developer responsible for Fallout: New Vegas, is currently working on a brand new fantasy role-playing title called Tyranny; “a game that challenges players to find their place in an original fantasy realm where evil has conquered the known world.” The game, publisher Paradox Interactive recently announced, will be hitting the shelves worldwide on November 10 as a PC exclusive title. It will be available for Microsoft Windows, Mac and Linux computers.

Pre-orders for Tyranny are already live. The game is available in three versions. These include the Commander Edition, which will set you back $45, the Archon Edition ($60), and the Overlord Edition ($80). Each version includes the base game along with extra digital content in the form of things like avatars, ringtones, the soundtrack, art book, and more. The publisher has shared a chart that provides a breakdown of what is available in each version, you can check it out below along with a brand new trailer titled "Fatebinder."

Tyranny comes as a follow-up to Obsidian Entertainment's well-received Pillars of Eternity. It is not a sequel though, as it has a different setting; players take control of a high-ranking official for an evil overlord who has already seized control of the land. “In Tyranny, the grand war between good and evil has already finished – and the forces of evil, led by Kyros the Overlord, have won,” reads the press release. “Players interact with the populace to inspire loyalty, disgust, or fear as they roam the world as an officer in Kyros’ forces, empowered to act as both judge and executioner. A nonlinear story offers players the chance to roam and alter the world as they see fit, and provides a highly replayable experience.” 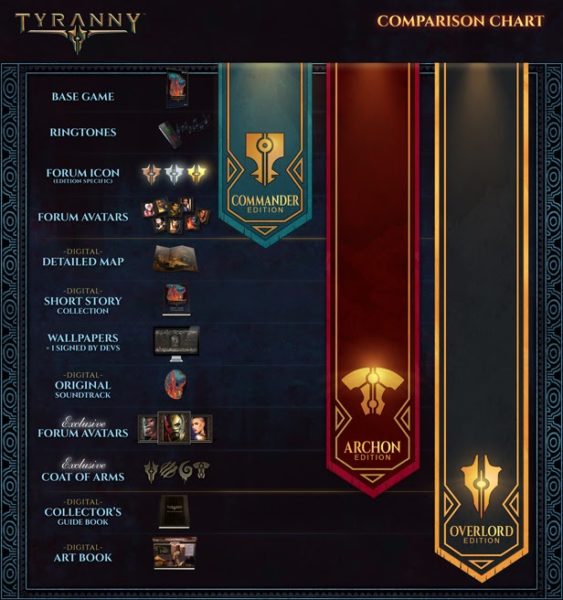 Our own Francesco checked out Tyranny at Gamescom 2016 and came away rather impressed.