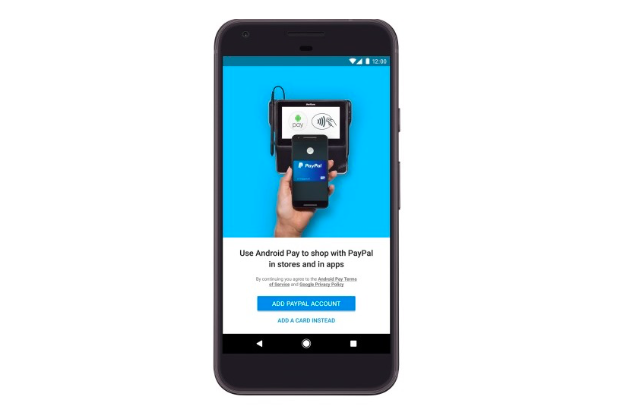 After introducing Android Pay on Android Wear 2.0, Google seems to be working hard for making Android Pay an expedient mobile payment service. In its latest move, the search engine giant has announced the integration of Android Pay with PayPal. Users will now be able to connect their Android Pay service with PayPal account.

By this integration, Android Pay has become more convenient for the consumers who are regular PayPal users. For now, this functionality is limited to users in the US. It can be used online, in apps, and also at physical stores. It will be available for activation on Android Pay in "the next few weeks."

Initially, users will be able to pay using their PayPal balance, and over the coming months, we will add the ability to use cards that have been stored with PayPal, enabled by our recent tokenization partnerships with major card networks.

Google has not shared the full list of partner stores yet, but PayPal has revealed that it will work at retailers "from Walgreens to Dunkin' Donuts." Google and PayPal's integration was rumoured at the MWC this year; wherein PayPal stated that its Android app would be compatible with NFC. Android Pay is not the first payment platform to have introduced PayPal integration, Vodafone is also working on adding the same functionality for Vodafone Wallet users in Europe.

By striking association with Google's wearable platform, PayPal has garnered the much-needed support to encourage users to make payments through it. In another news, PayPal also announced that it would now allow its customers to use Wells Fargo debit or credit cards for contactless payments at physical stores.

The collaboration between PayPal and Android Pay could be a major strike against Apple Pay as PayPal claims that it has "processed $102 billion in mobile payment volume and two billion mobile payment transactions."